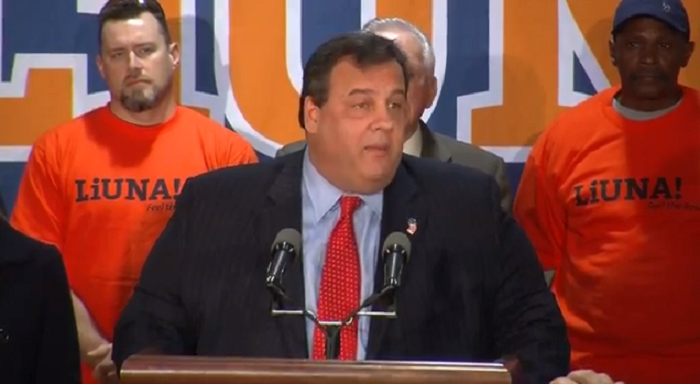 Videos like this one make you wonder, Save Jerseyans.

As if winning wasn’t challenging enough for Democrat flirting with 2013, the Governor’s people have leaked news of their goal to raise $2 million for the Christie/Guadagno reelection campaign by the end of the year. That’s a LOT of money for a gubernatorial race in only two weeks.

But I think Dan Cirucci said it best here at Save Jersey: “[c]learly, he’s seeking re-election but he’s not out to simply win. No, he wants to win in a rout. He’s out to win BIG.” Team Christie wants Booker/Sweeney and anyone else with a remote chance of victory to think long and hard (very hard) about a gubernatorial challenge over the holiday season. It’s strategy that, from the best I can tell, is working pretty well thus far.

Did I mention how Steven Spielberg called Christie his “hero” the other day? Maybe a “big” movie will be in the works by the time this is all over…