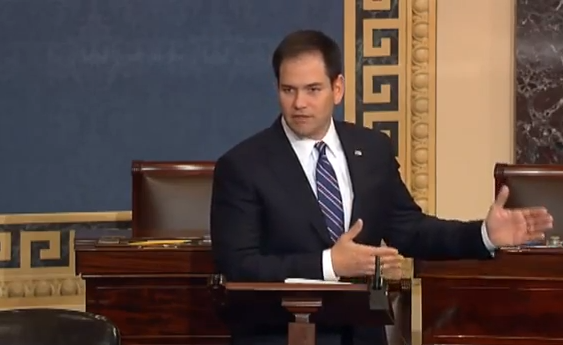 “It’s the beginning of a process,” Senator Rubio reminded his Senate colleagues — and those watching on television/YouTube — from the upper chamber’s floor earlier today. It was his best attempt to create some distance between whatever he’s trying to accomplish in the Senate’s back rooms and the President’s taxpayer-financed demagoguery out in Las Vegas.

Keep an open mind, Save Jerseyans; I am. Just don’t lose it…