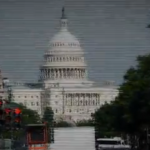 Remember when I told you that the fiscal cliff “compromise” was really a detour because President Obama’s tax hikes wouldn’t raise enough revenue? And explained why the federal Sandy aid package was a bloated disgrace?

This one speaks for itself, Save Jerseyans (h/t Washington Times):

The tax deal that Congress and Mr. Obama reached in early January cut taxes overall but let them rise on individuals making more than $250,000 a year and families with income of more than $300,000. Those increases brought the government somewhere on the order of about $40 billion for fiscal year 2013.

The spending bill for storm recovery costs $50 billion and, coupled with an additional $9.7 billion in flood insurance money Congress passed this month, brings the total tab for Sandy to $60 billion.”

Let this be a lesson to the sheeple of New Jersey and New York who’ve abandoned federalism and carry 15-20% of the total federal tax burden… ignorance is only bliss until the invoice arrives!