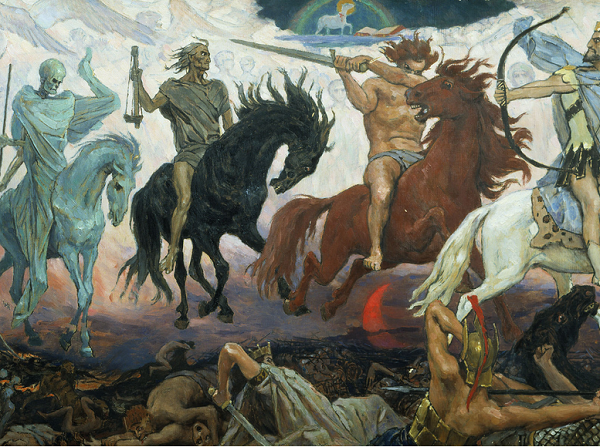 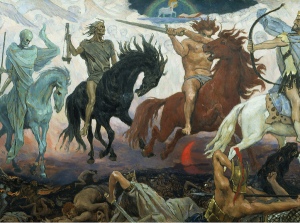 The Sun did rise last Friday notwithstanding apocalyptic sequestration predictions from the Left, Save Jerseyans. I saw it. You did too, I suspect! Unless you work the graveyard shift.

That said, the obvious nonoccurrence of a dire doomsday-like event hasn’t stopped the Left’s mouthpieces from stubbornly sticking with their narrative.

Look no further than our home state for egregious examples. The N.J. Sierra Club is predicting the potential for ecological disaster. Customs agents forecast a costly inspection pile up at ports. Health care industry folks screaming about the potential for reduced services.

But just to be clear, my qualm with this bunk isn’t restricted to the hysteria itself. I won’t even argue about the worth of each federal expenditure for which the Left is presently shedding tears. And I certainly won’t accuse the President and his men of targeting certain services unnecessarily to create the appearance of crisis when none need exist! Perish the thought.

This is a simple question of mismanagement and a failure of big government ideology.

Consider the following: according to the Congressional Budget Office (CBO), despite some of the slowest economic growth in American history, the federal government is currently on pace to collect $2.7 trillion in revenue for 2013, a figure that represents both an all-time record and an 11% increase over 2012. The prior record was set in 2007, when the feds brought in $2.6 trillion immediately prior to the Great Recession.

Economic “growth” of just 0.1% obviously isn’t the driver! The expiration of the Bush tax cuts and other increases are largely responsible for the increase (e.g. SS and SSI receipts alone represented 35% of federal total revenue in 2012); hence, as we’ve said over and over again on this site, persistent unemployment/underemployment is the real crisis, Save Jerseyans, and when individual income represents roughly 46% of the federal revenue pool, it’s no wonder that we’re once again witnessing an inverse correlation between hiring and tax hikes. Working people pay taxes. Government dependents don’t. Therefore, tax strategies that suppress hiring also hurts revenue. We’ve been over this before.

And now we’ve touched the problem with a pin. There is PLENTY of money in Washington, D.C. to make the wheels of government turn. In fact, we need to make cuts to get the economy growing at productive levels again. But where do we “cut” and change to make the necessary differences? The sequester takes spending (largely fueled by “discretionary” spending cuts) back to a hair above 2011 levels, and 2013 is expected to herald record revenues. “Revenue” clearly isn’t the issue; and it’s easier to talk about taxes ’cause cuts are politically difficult to navigate! Just like it’s easier to furlough some workers and trim around the edges than get your hands dirty, take real political risks and engage real reform.

So do your job for a change, press corps! Here’s your last great chance for relevancy. Instead of running factually-deficient screeds from interest groups about the sky falling following a minor round of spending cuts, and piling on with endless follow ups concerning the need for revenue generation, this voracious news consumer would love to see you acknowledge and cover the REAL fiscal apocalypse: the collapse of our entitlement system!

The contents of this post prove it. There’s no ambiguity attached to this latest round of data. No combination of discretionary cuts, budget sequesters, fiscal cliffs or tax hikes can save us unless we address Medicare, Medicaid, Social Security, and general “mandatory spending” that represented almost 60% of total federal outlays in 2012 AND more in 2013 regardless of how much revenue Uncle Sam ultimately fetches. Obama’s “Apocalypse Now, Reform Later” strategy is designed to win the House in 2014 and nothing else. There won’t be any end to the fiscal insanity until we have a president with purer aims.