Christie in Election Mode at BCRO 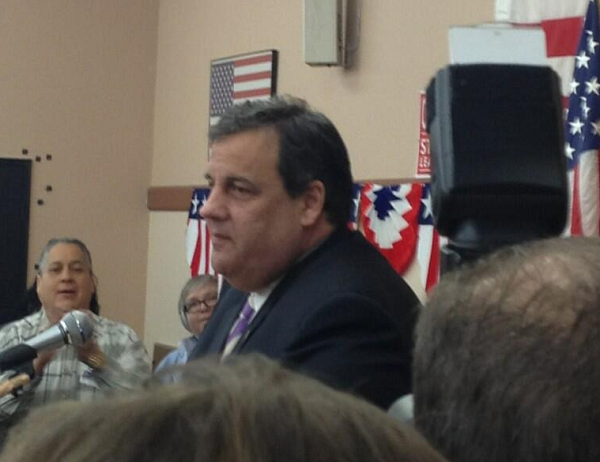 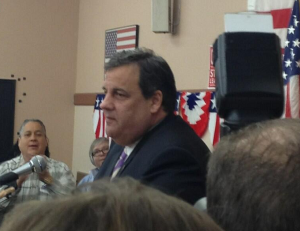 It was clear what was on Governor Chris Christie’s mind on Thursday night at the legendary BCRO, Save Jerseyans.

Taking to the podium in a large packed hall of enthusiastic supports, Christie noted how he lost Bergen County back in 2009 by only around 6000 votes (in a county of approximately one million souls), but that his year, he intended to carry Bergen and sweep all county offices on the ballot.

A roar of approval went up when he said that! You can probably imagine.

Fresh off of a Monmouth County town hall earlier in the day, the Governor also touched on his accomplishments and pointed out the fundraising gap between he and his opponent, all while cautioning the faithful to not hang their hats on his 74% approval rating among registered voters statewide.

For a solid recap and some more action shots of Chris Christie’s visit to Bergen County, click here to read our own James Beattie’s twitter feed.

4 thoughts on “Christie in Election Mode at BCRO”