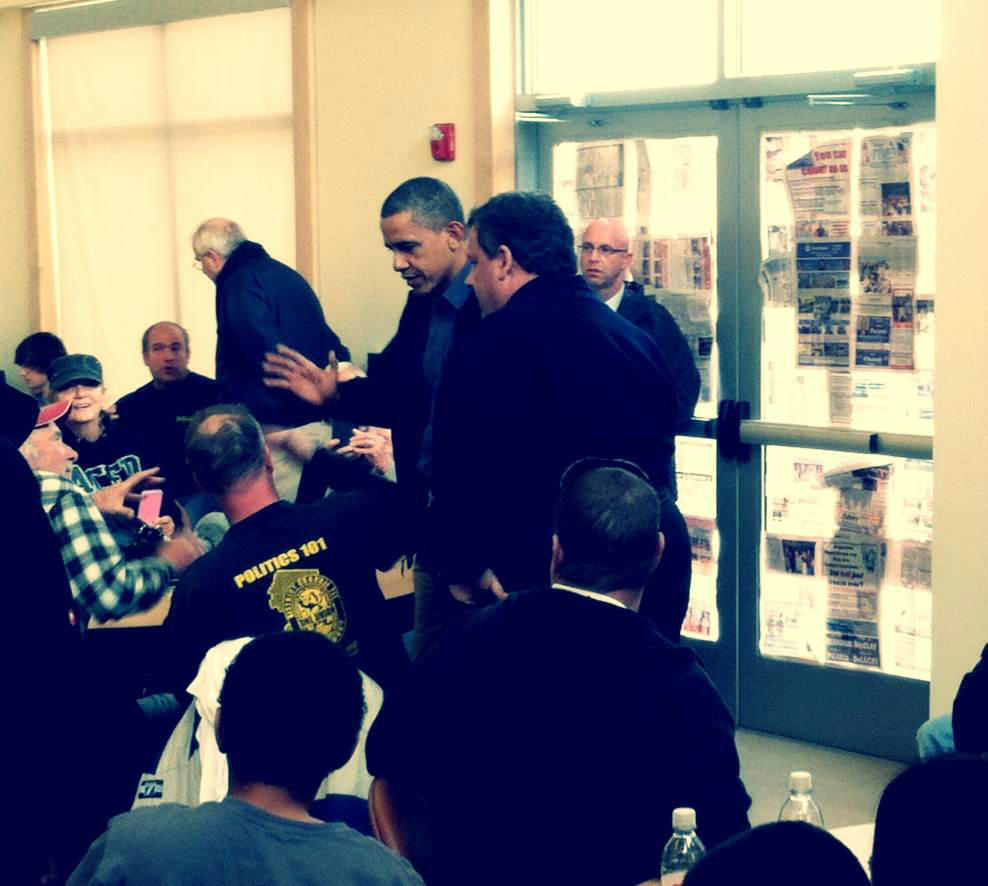 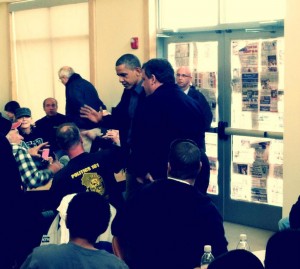 Try to keep your blood pressure in check, Save Jerseyans, but President Obama will return to the Garden State on Tuesday to tour the post-Sandy Jersey Shore with Governor Christie.

Deep breaths! In… out…

The President will deliver an address at Convention Hall in Asbury Park after checking out the status of the recovery operation with our Governor; you can be darn sure the media will be there en masse.

You haven’t forgotten that the President last visited NJ on Halloween 2012 immediately after Hurricane Sandy had completely rocked the coastline and left large swathes of Northern Jersey without power or fuel for weeks.

Whether Governor Christie properly handled the situation remains a hotly debated topic in national GOP circles; what isn’t debatable is that both men received significant polling bumps from the visit, and how this particular boost came at a critical point in Election 2012 for the incumbent Democrat.

O has plenty to gain from this visit, too. He’s on the ropes as an avalanche of scandals threatens to make him a lame duck president is record time. Another beach photo op with America’s best known governor is a welcome distraction for an embattled White House. The Governor, for his part, will obviously accept any PR help for the recovering Jersey Shore economy that he can get. You can’t blame him.

My only hope is that the Governor uses this opportunity to raise the many problems with the federal response. Obama needs Christie more than the other way around, folks, so there’s no time like the present to lay it all out there.