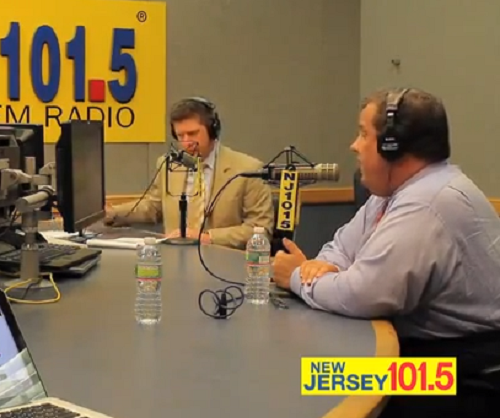 Here’s something fun for your hot and hazy Thursday morning: Chris Christie took part in NJ 101.5’s monthly “Ask the Governor” program on Wednesday evening, Save Jerseyans, and he delivered a decidedly harsh assessment of the U.S. Supreme Court’s Windsor decision striking down the Defense of Marriage Act (DOMA)…

Well, we finally found the one issue where Christie might actually be to the “right” of Steve Lonegan.

Governor Christie further noted that Justice Kennedy’s United States v. Windsor opinion had no immediate effect on New Jersey and, in case you were curious, New Jersey’s chief executive reiterated his unambiguous intention to veto any and all gay marriage legalization bill that reaches his State House desk. The Governor conditionally vetoed one such piece of legislation back in February 2012. So there you have it.