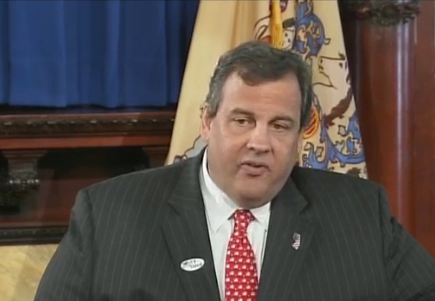 The Governor’s remarks from earlier today have many Republicans fuming over what they perceive as a decision that makes it virtually impossible to hold the seat.

Here’s the speech if you missed it…

Governor Christie: Yesterday, I spoke about the courage and the persistence of Frank Lautenberg, he was a true public servant who fought tirelessly for the people of New Jersey. It’s no secret that Senator Lautenberg and I didn’t always agree and we didn’t always get along. We had our fights. We had our words, but I always respected the vigor which he put into his job each and every day.  So while we’re saddened by his passing, and we’ll look to the rest of the week to remember his life and his service, I know that Senator Lautenberg wouldn’t want the people of New Jersey to go without a voice in the United States Senate. So today, we’re going to begin the process of sending a new representative to the U.S. Senate.

Let me be clear: this is the way I see my responsibility to the people of this state.  This is about guaranteeing the people of New Jersey both a choice and a voice in the process and the representation that they deserve in Washington.  Whoever is going to be our next United States Senator should be nominated by a primary of the people and voted on by all the people of the state of New Jersey, and that’s why as is clearly indicated by New Jersey law, I am calling for a special election to be held this year.

First, the issues facing the United States Senate are too critically important and the decisions that need to be dealt with too vital not to have an elected representative making those decisions who was voted on and decided on by the people of this state.  These decisions should be made by an elected official who represents the will of the voters of New Jersey.  Yes, New Jersey statute does allow me to name an appointment to serve for the remainder of Senator Lautenberg’s term, with a primary and general election taking place in 2014, but I firmly believe that the decisions that need to be made in Washington are too great to be determined by an appointee for a period of eighteen months.  We must allow our citizens to have their say over who will represent them in the Senate for the majority of the next year and a half.  The people of New Jersey deserve to have that voice.

Secondly, we have to move swiftly to fill this seat and ensure that there is both a primary and general election as soon as possible.  As dictated by New Jersey law, I have today issued a writ that will specifically designate the cause and purpose of this special election and the dates the primary and general elections will be held.  The process to fill this U.S. Senate seat must allow the people to have a choice to determine their nominees. This is simply non-negotiable to me. I will not permit the insiders and a few party elites to determine who the nominee of the Republican Party and the Democratic Party will be. A primary election is necessary. The people must choose. As such, pursuant to the provisions of New Jersey state law, the primary election for the United States Senate will be held on Tuesday, August 13th, 2013, which is seventy days after the issuance of this writ today, and then sixty-four days thereafter the general special election will be held on Wednesday, October 16th.

The statute provides for the Governor of New Jersey to make this decision if the Governor deems it advisable to have a special election. I deem it advisable to have a special election. In fact, I deem it necessary.  The dates are what the statute requires and at the same time there is enough time to guarantee a fair process and voter engagement throughout. The special election must honor the electoral process and the will and rights of the people to have a choice, a voice, and timely elections, and while there will be a cost associated with the special election process, the state will be responsible for all the costs of this election. We are calling this special election; we will be responsible  for all of the associated costs, and as such the Secretary of State’s Office will oversee this process and the mechanisms required to ensure that it runs smoothly and I have complete confidence in their ability to do so.

In the end, the costs associated with having a special primary and general election in my mind cannot be measured against the value of having an elected representative in the United States Senate when so many consequential issues are being debated and determined this year. The citizens of New Jersey need to have an elected representative to the United States Senate and have it as soon as possible.  I have yet to make a determination as to who I will appoint to hold this seat between now and the results of the October 16th special election, but when I determine who that person is I will make that announcement promptly. 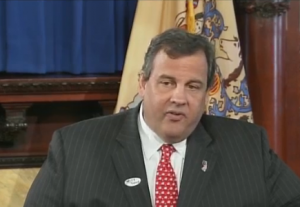 Conservatives are angry about the cost of a special election; Democrats would prefer a November special to help Democrat turnout for legislative races. Christie was unaffected by either argument.

Governor Christie does plan to make a decision regarding appointment “soon” but not today..

No word as to whether he’ll name his appointee… you’ll have to watch below and find out along with the rest of us!