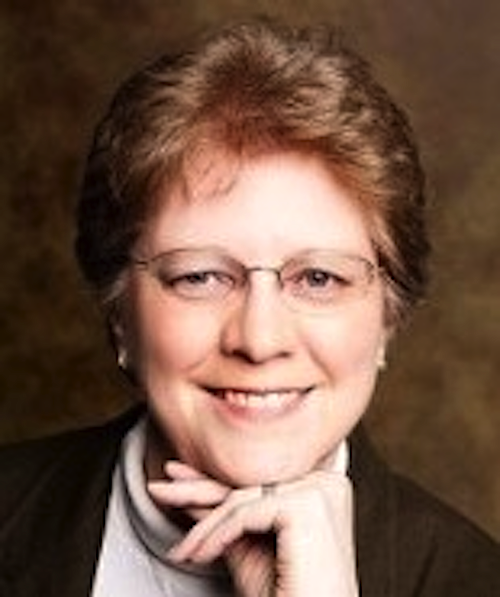 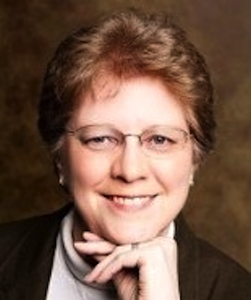 As part of my ongoing efforts to introduce candidates to the voting public, Save Jerseyans, I started a weekly column called Meet the Candidates.  In essence, it is a past day stump speech updated for the virtual world.

For this week’s column I am honored to introduce to you United States Senate Candidate Dr. Alieta Eck. Dr. Eck is running against fellow republican Steve Lonegan in the special election to fill late Senator Frank Lautenberg’s seat. This election is not only unique, it is historic because Governor Christie decided to hold the primary in August and the general in October so Save Jerseyans are going to be voting in two primaries and two generals this year.

Dr. Alieta Eck graduated from the Rutgers College of Pharmacy in New Jersey, went on to the St. Louis School of Medicine in St. Louis, Missouri and then studied Internal Medicine at Robert Wood Johnson University Hospital in New Brunswick, New Jersey and has been in private practice with her husband, Dr. John Eck, MD. in Piscataway, New Jersey since 1988.

Also, in full disclosure, Save Jerseyans, I am personally supporting Dr. Eck and helped collect signatures for her candidacy, but as with everything you read on this site, my views are my own and do not reflect Save Jersey‘s position.

My interview with Dr. Eck is below the fold:

Sanders: Why do you feel you are a viable candidate in comparison to your challenger?

Dr. Eck: When the Founders wrote the Constitution they envisioned citizen legislators coming out of the private sector, writing good laws and then going back into the private sector. I have been very interested in politics for many, many years because I feel government can do a lot of damage.  It can hurt people and make life harder for the citizens.  I have watched life get harder and harder, so I believe it is time for major change where the federal government can get smaller.  Allow people can keep more of their hard earned money so families can thrive.

Sanders: What are your positions in regards to the 2nd Amendment?

Dr. Eck: I believe in the 2nd Amendment. It is there for a purpose and I believe that good people have the right to defend themselves from those who want to kill them and from tyranny. I do not believe every time there is a shooting or a crisis we need to assume the best thing to do is disarm law-abiding citizens.

Sanders: What made you decide to run for US Senate?

Dr. Eck: When Senator Lautenberg died on a Monday morning I was busy in the Zarephath Health Center, a non-government free clinic founded by my husband and I. Later that day I answered the phone call which came from California. It was from one of the board members from the Association of American Physicians and Surgeons who urged me to just say “yes”in allowing him to contact the Christie administration to urge Governor Christie to appoint me to complete Senator Lautenberg’s term. It sounded like a good way to project the ideas that I have. Of course, he appointed someone else, but by then many urged me to run. In three days we collected almost 2300 petitions when we only needed 1000.

Sanders: You are against Universal Health Care. It is known that you and your husband started a free clinic at Zarephath in Somerset, NJ. What are you trying to do if you are elected Senator to change healthcare in this country?

Dr. Eck: The Medicaid system in this country is extremely broken. It is tremendously expensive for the tax payers, patients can’t find physicians and the physicians are frustrated by the overwhelming amount of paperwork.  It creates an inability for them to earn a living using the Medicaid system. In New Jersey, we spend 13 billion for a total budget of 33 billion on Medicaid. When the government does health care, taxpayers are paying for lots and lots of layers for administration instead of it going to those who touch the patients. Essentially after physicians pay their practice overhead, they are giving Medicaid recipients free care– or losing money.  So, not wanting to abandon the poor, we started a non-government free clinic. We have learned a tremendous amount about caring for the poor without expending any taxpayer dollars. We have found that it costs only $13 a patient because we have a volunteer staff.  We do not charge the patients but they can give a free will donation if they would like, and there are good people who also subsidize us.

At our clinic we see 300 hundred to 400 hundred patients a month and our whole budget is $58,000 per year. The government clinic in the next town over has a budget of $15 million dollars all paid for by the taxpayers.  They claim it costs $160 dollars per patient visit, and if the poor and uninsured show up in the emergency room, $1,000 dollars is what the taxpayers are expected to pay.  I want those who cannot afford care to be able to get good care in a non-government free clinic and to relieve the taxpayers of the huge burden.  Volunteers will step up and make it a community effort and we have support at all levels. We provide people with food and clothing as well and hear their stories and give them different layers of care.

Sanders: You were asked to testify before Congress before. What was that in regards to?

Dr. Eck: That was the Joint Economic Committee of the US Congress and I was asked to testify about how to keep inappropriate use of the emergency room to a low level by those who could not pay.  I presented our plan as a perfect way.  If we have lots of non-government free clinics scattered throughout the state, when people were sick and have no money they could go to that clinic instead of going to the emergency room.  They would see people who they know who care.  Now our plan is more of a state issue then a federal issue, but as a US Senator what I would like to see is a plan that would block grant the Medicaid dollars allotted to each state now for Medicaid, and leave it at that level for the next ten years. Do not increase it each year. Let each state think of creative ways to locally help the people.  Our plan would be to have the state help out those physicians who donate at least four hours a week at a non-government free clinic, at no cost to the taxpayers, and have the state government protect them from medical malpractice in their private practices.

Sanders: Since you are a doctor, I am sure there are a lot of people who want to know what your position is on abortion.

Dr. Eck: When I was a medical student I had an experience in a hospital in Newark where a mother tried to abort her baby and came to the emergency room. The baby was then placed in a plastic bag and sent to pathology.  The baby was alive when the technician opened the plastic bag. He was terrified because he was holding a live baby.  I happened to be nearby, so I picked the child up and took it to the ICU. The nurses left him to die. The callous attitude horrified me. So for me it was at that time I realized something had really had happened to our culture when we are treating little human beings as being wanted or not wanted rather than individuals that should be protected by the benevolent government.  I am pro-life and I understand that many women choose abortion because they feel trapped.  I would not demonize women who choose abortion but we need to find ways to help them see value in the life within them and provide hope.  We could even have local birthing centers and let the community gather around and help those in need.

Sanders: As a final comment and as I ask all of our interviewed candidates, there are a lot of people who are going to read this interview and want to volunteer or contact you about your positions. Where can they go or who can they get in touch with in order to do that?

Dr. Eck: The best place to contact me right now is on my website which is www.eckforsenate.com. On the site you will find a section entitled “contact”and if you click on it you will be taken to a form you can fill out. Please fill that out with any questions or concerns you may have and if you would like to volunteer we would love to have you and I thank you for that.

If you are a candidate and interested in being a part of my weekly 2013 Meet the Candidates article, Save Jerseyans, please email me at nikisands3@hotmail.com.