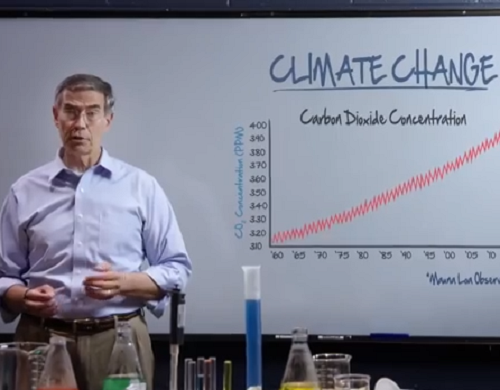 You can’t go anywhere online without tripping over a Cory Booker web banner or a Rush Holt video ad, Save Jerseyans. Digital campaigning has officially arrived in the Garden State and both men are making the most of it. By contrast, Sheila Oliver isn’t really doing much of anything on the trail; Frank Pallone, for his part, is hanging his hat on an endorsement from Patches Kennedy. Yawn.

There’s even a big contrast between the two gentlemen engaging online. Booker’s ads are short, sweet, and full of warm ‘n’ fuzzy platitudes. Toothache-inducing if you consume with your brain! But that’s Cory Booker in a nutshell. Meanwhile, Rush Holt is living up to his reputation as a mad scientist, pitching one elaborate yet equally crazy idea after another for a YouTube audience.

Rep. Holt took it to a new level this week by promising that “either we take real action or millions will die” from climate change:

I personally find Cory Booker much more annoying than Rush Holt, Save Jerseyans, because it’s obvious that Mayor Booker doesn’t have a principled bone in his body. Ironically, that less-than-admirable trait makes him much less dangerous than Rush Holt.

True believers are always the most dangerous when their true beliefs are inimical to the liberty and prosperity of the common man. This global warming stuff transcends politics for its adherents; it’s dogma for the Left.

If elected, we can count on Cory Booker to be “right” at least some percentage of the time owing to the fact that he makes major decision by wetting his index finger and putting it to the wind.

Social engineers like Rush Holt are more likely to impoverish or starve millions with their well-intentioned but arrogant and unrealistic schemes. History is replete with examples, and you don’t need to look very deeply into any dusty tomes at your local library.

One quick example: as soon as I saw the web ad posted above, I scrolled over to Holt’s campaign website and noted his support for ethanol. How much do you want to bet that ethanol policies will kill more human beings over the next decade than carbon emissions? The world’s population continues to grow while corn is becoming less available (and exponentially more expensive) thanks to mad scientists and lobbyists playing god.

But fear not. Liberals like Rush Holt have a solution for our globe’s surplus of hungry mouths… population control.

Who would you support in the Democrat primary? A mad scientist? Or the empty suit? It’s a nice little microcosm of the modern Democrat Party, and it’s the #1 reason why I’ll continue to vote Republican even when they drive me crazy. Just not as crazy as Rush Holt.