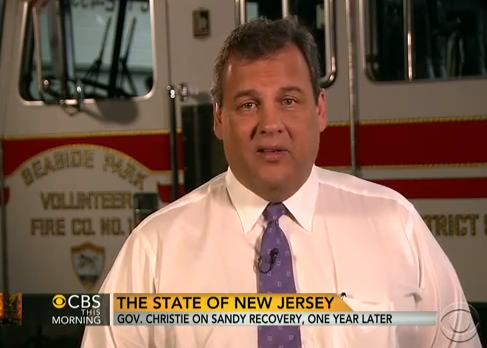 He’s the country’s most prominent Republican, Save Jerseyans, so when he grants an increasingly rare interview to the mainstream media on one specific issue (today it happened to be the one year anniversary of Sandy), you can be sure they’ll try to get him to comment on just about every topic under the Sun.