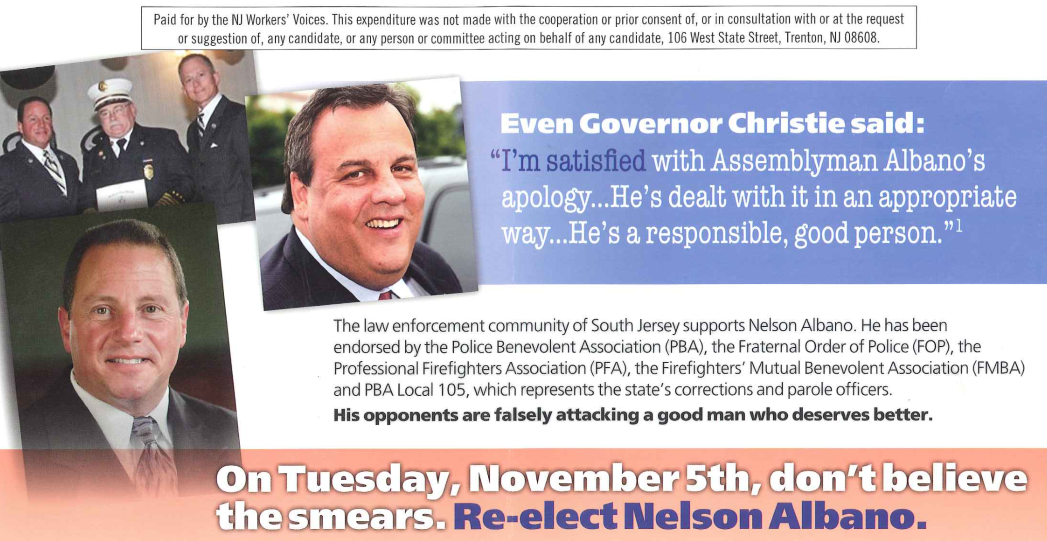 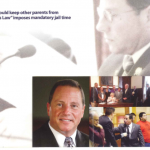 Appeals to the heart are always the last resort for politicians who can’t hope to deceive your mind, Save Jerseyans. Incumbent New Jersey Democrats are putting on a masters course this fall.

Faced with the uncertainty accompanying the prospect of a 20-to-30+ point Christie victory on November 5th, legislative Dems and their allies are dumping 6- and 7-figure sums into radio, TV and mail depending upon the district. The topic matter of these paid mail campaigns presents an interesting dichotomy.

Half of the ads are scorched-earth negative spots aimed at GOP challengers.

The rest? Thinly-veiled appeals to things that have nothing to do with the issues.

Steve Sweeney’s panicked one minute-long infomercial starring his Down syndrome daughter is a prime example. God bless her! But what the hell does it have to do with his record as a representative of LD3?

And that’s exactly the point, Save Jerseyans. He doesn’t want you to focus on the issues for fear of losing his job.

A second example can be found in nearby LD1 where Democrats are rushing to save the embattled Asm. “Arrogant” Nelson Albano. They’ve blatantly lied about the status of a legislative ethics investigation towards that end. But it gets better. Check out the mail pieces reproduced for you below: 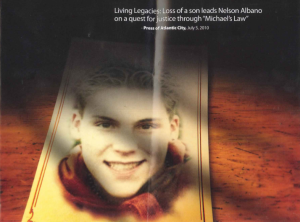 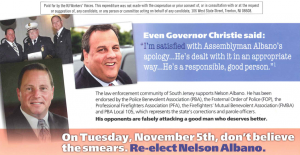 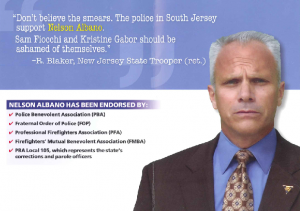 Wow. Just wow, right? Sweeney, Albano and their allies have proven beyond a reasonable doubt that they’re willing to say anything, do anything or exploit anyone to stay in power. But that frankly doesn’t matter. We know politicians have extremely selfish tendencies. Old news!

The real question is whether you’ll let them get away with it next Tuesday. They wouldn’t behave THIS badly if they were up by double digits in their internal polling, folks. Now’s our chance to make it clear that this behavior is unacceptable by sending a clear message at the ballot box.

Will you take it?

One thought on “Heartstrings and Purse Strings”