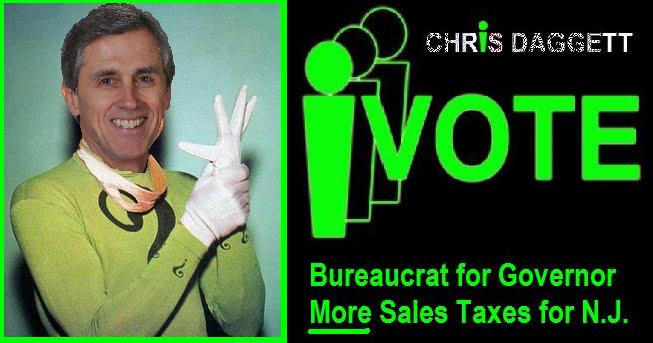 Just a little post-Election Week reflection for your Saturday cereal consumption, Save Jerseyans:

Veteran readers will remember back in 2009 when, along with MoreMonmouthMusings, we brought to light a robocall scheme perpetrated by New Jersey Democrats to siphon votes from then-Candidate Chris Christie and redirect them to Independent candidate Chris Daggett, all for the benefit of incumbent Jon Corzine.

Virginia advocates of Ken Cuccinelli weren’t as fortunate. Terry McAuliffe prevailed by only 55,220 votes on Tuesday, but the libertarian third party candidate Richard Sarvis’s 6.6%, equating to 145,762 votes, was enough to swing the election to the Democrat.

There’s some evidence that Sarvis didn’t actually cost Cuccinelli the election. There’s also a clear indication that powerful Democrats thought Sarvis could cost Cuccinelli the election and, operating under that assumption, threw serious money in the libertarian’s direction. We may never know for sure (unlike in New Jersey where the robocalls made it pretty darn obvious). Hmmm… I can’t help but wonder! We’ve been through this ourselves.

9 thoughts on “Did Cuccinelli Get Daggetted?”