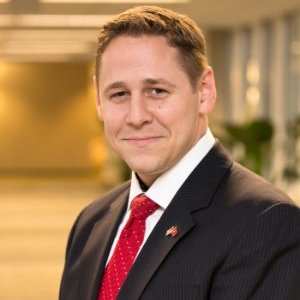 He certainly looks the part, Save Jerseyans. And the resume appears to match.

A director for UBS Trust Company and former senior consultant Deloitte & Touche, Isola previously served in both Iraq and Afghanistan as a Marine Platoon Commander.

I mentioned how Isola’s filing places him in Marlton (Burlington County); a charity website bio places him in Manhattan with his family as late as fall 2012. Of course even if that was the case, it’s hardly a barrier to entry… the two other “major” contenders are also relatively new to CD3. Steve Lonegan of Bergen County’s Bogota is the only other candidate who’s actually filed with the FEC, but a few other candidates were, at least until recently, on the trail and in the hunt including Mayor Tom MacAruthur from Randolph (Morris County)…