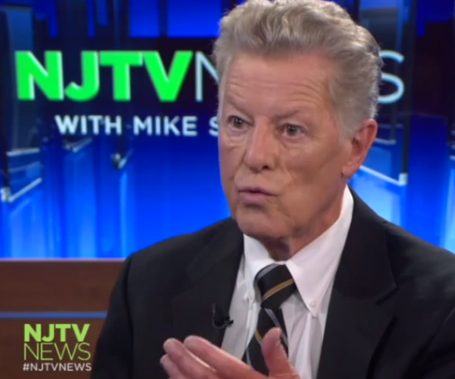 Word is out that New Jersey faces another credit downgrade thanks to our chronically-underfunded pension system, Save Jerseyans, and Governor Chris Christie will once again receive the lion’s share of the blame.

The most frustrating part – aside from the real cost of this situation – is the unwillingness (or inability) of Trenton Democrats to honestly discuss how all of this got started. To do so would require taking a majority of the blame upon themselves; just listen to former Governor Jim Florio on NJTV last week as he completely reinvents his own role in the pension disaster and the usually-solid Mike Schneider looks on without offering a firm challenge:

Sigh. Please read my buddy Joe Sinagra’s critically-acclaimed pension “death spiral” post if you haven’t yet done so. It’s a perfect one-stop shop for anyone who wants to know exactly where/when/how New Jersey’s pension system went to hell in a hand basket.

Here’s the relevant section where Governor Florio is concerned…

“In 1992, facing a budget shortfall, Florio pushed through the Pension Revaluation Act with unanimous support in the legislature, reducing taxpayer contributions to the public retirement plans by $1.5 billion.

This scheme was accomplished through the financial deception of introducing a more optimistic method of evaluating pension system investments. The end result was to make the retirement plans’ finances “look far rosier” than they really were, by lifting the projected rate of return on the fund’s investments to 8.75% from 7%.

In 1997, New Jersey sold $2.75 billion of bonds paying 7.6% interest, putting the proceeds into the pension fund to be invested for higher returns. Unfortunately, the fund has earned less than 6% annually since the bonds were issued.”

Hmmm… not exactly what you heard in the video, right?

So were you truly the last to “fully fund” the pension system, Mr. Governor?

Or simply the first to fully deceive state workers and taxpayers?

What else can I say other than QUESTION EVERYTHING, Save Jerseyans. Look before you eat. Watch before you step. The world is full of people with a bridge to sell you. Do us all a favor and don’t buy into their B.S.