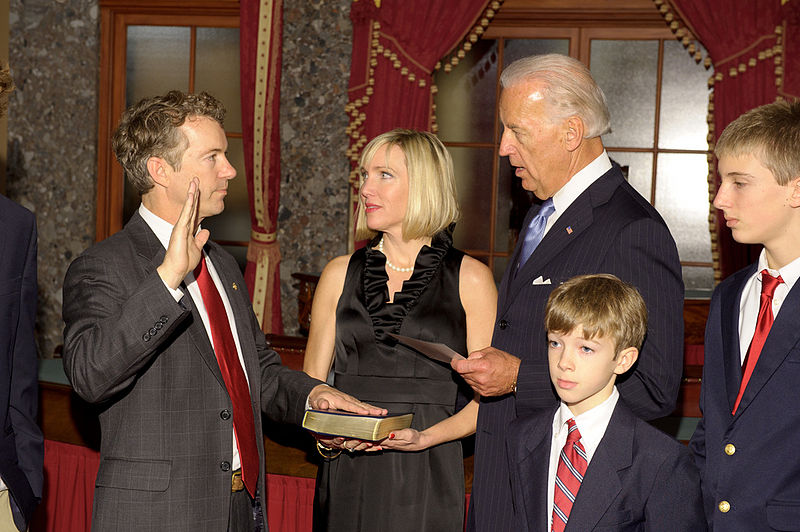 …except for Rand Paul?

We got new polling results this past week, Save Jerseyans, showing Hillary Clinton with a lead over her hypothetical Republican opponents – including our own Governor Chris Christie – but her lead was significantly reduced after a summer of relatively negative headlines compounded by a weaker-than-expected book tour.

I agree that it’s objectively bad new for Hillary, just not in the way that most media outlets are reporting it. This poll also isn’t necessarily good news for the Republican Party.

Let’s use Gov. Christie to understand the problem. The McClatchy-Marist poll released Thursday found Clinton leading Christie by 7-points, 48% to 41%, in a head-to-head match up. Back in April, Clinton led by 11-points, 53% to 42%, down again from her massive 58% to 37% lead in February when Bridgegate was fresh news.

Clinton has dropped 10-points over the past several months. Christie has risen 4-points.

There is still a lot of ballgame left to be played, granted, and a TON can change in the next two months let alone over two years, but you’d hope a guy with the name recognition of ‘Bush’, ‘Christie’ or even ‘Paul’ could break the low-40’s.

They don’t. Paul is the “strongest” performer at 42% to Clinton’s 48%, a modest yet statistically significant 6-point deficit. That extra 1-point for Paul must be the libertarians who couldn’t stomach voting for Christie. In any event, none of these polling performances are particularly inspiring. Mitt Romney performed better against President Obama in the August two years out from reelection, trailing by only 3-points, 45% to 42%, in the Democrat-affiliated PPP poll.

#brandproblems out the wazoo, Save Jerseyans! The media has done a real number on us and our infighting is responsible for the rest. A random idea: maybe whoever survives reelection and indictment should team up after November and tour the country to put a face on the new GOP agenda for restoring American greatness. The media couldn’t ignore a joint Christie/Rubio/Paul/Bush/Jindal/Walker, etc., rally in 12 major cities situated in key 206 battleground states.

The one with the most lose from this latest poll is still a Democrat: Hillary “Hilldawg” Clinton. She was the pollsters’ presumptive nominee at this point in the 2008 shadow cycle, too, and look where that got her. The simple truth is that she’s just not as likable as her husband and likability remains the single most important factor in any presidential election. That, and the left-wing of her party doesn’t trust her. She’s thoroughly “establishment,” ran hard and ugly against their hero Barack and, lest we forget, supported the Iraq War.

If she continues to poll below 50%, and within a dangerously-close distance to Rand Paul, she remains vulnerable to a primary challenge from the left (like Elizabeth “Lies like Bull” Warren) or the right (e.g. Andrew Cuomo). Déjà vu? The possibility keeps her up at night.

The only “winner” in the poll might be Senator Paul.  Check out Olivia Nuzzi’s recent Daily Beast post on the topic. While the Clintonistas continue to try to take down her potential GOP gubernatorial opponents with dynastic names and formidable organizations, some Dems are starting to wonder if Paul, a party-building oriented libertarian whose views on war, drugs, and civil liberties track closer to millennials, actually stands the best chance of breaking up their coalition. He’s scrapping with Christie, teaming with Booker, and staking out provocative positions on the Ferguson saga and other current events flash points. Thus far, he’s turning heads and winning respect on both sides of the aisle without diluting his brand.

Democrats who are worried about Rand’s trajectory might be on to something. At the very least, Senator Paul’s strategy might just buy him a place on the national ticket assuming, of course, he thinks his supporters wouldn’t view the partnering as a betrayal of principles.

I’d like to see some data on Paul v. Warren and Paul v. Cuomo. Wouldn’t you?