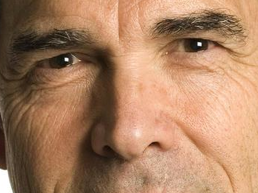 Perry – and Justice – Get “Delayed” By Vengeful Democrats

We’ve seen this rodeo before, Save Jerseyans.

A prominent Texas Republican is indicted by a Travis County grand jury (the most liberal part of the state, containing Austin), only to be exonerated after conviction on appeal but only after, of course, his reputation was completely ruined.

That was former House Majority Leader Tom Delay back in 2013. Now it’s happening to Governor Rick Perry in 2014. Click here to read the indictment.

This time it’s even more ridiculous because the grand jury – which is allowed to consider hearsay and other evidence typically not admissible at trial – is indicting Perry not for something he stole, or misappropriated, or lied about, the usual garden variety political sins, but in response to his use of the governor’s veto power.

Can you imagine? Lois Lerner is still a free woman after she used the IRS to harass conservative groups yet somehow Rick Perry is facing LIFE IN PRISON for vetoing the budget of a government office who broke the law in her own right. It’s absolute, unimaginable madness!

But the madness could be coming to your state any day now.

They’re already bending over backwards to take down Chris Christie over insert-prefix-here-gate in New Jersey, and the lynch mob is working overtime to connect Scott Walker, whom they couldn’t defeat in a general election or a recall vote, to campaign finance violations in Wisconsin.

The goal is clear and unambiguous: to deplete the RGA’s impressive bench and, in so doing, help the eventual Democrat presidential nominee. The means are whatever’s necessary, truth, transparency and separation of powers be damned.

Meanwhile, the Obama Administration continues to selectively enforce laws – and usurp others – with impunity. Think about it: our President refuses to enforce federal law and defend Perry’s Texas from invasion! While the Perry Administration announced 50,000 jobs created in July, roughly one-quarter of all the jobs created in all 50 states, combined, that month.

A free country can’t stay that way for long if justice is anything less than equal under the law. Right now it’s worse than unequal; it’s unacceptably partisan. And a government can’t dispense true justice unless there is a separation of powers maintained between the respective branches. A Perry conviction would be as dangerous as it is immoral.

In fact, what’s happening to Rick Perry in Texas, merely a symptom of a gravely serious national trend, isn’t justice by any cognizable definition, Save Jerseyans, and that’s the concern of every American regardless of where you may fall on the partisan spectrum. Or at least it should be. I can’t speak for Austin.