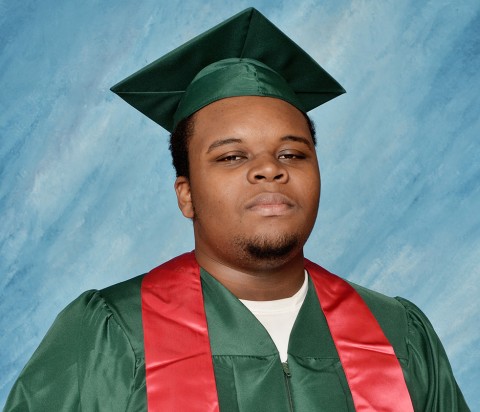 Mainstream reporting outlets and right-leaning media are engaged in their familiar tug-of-war battle this morning, Save Jerseyans, debating whether there was justification for the shooting of 18-year-old Michael Brown in Ferguson, Missouri by police officer Darren Wilson. I waited to weigh in initially because it’s tough to cut through the rhetorical, hyper-emotional clutter in the immediate wake of a charged situation. Some people who are incapable of listening to reason in the first 72 hours might just open their ears, brains, hearts, etc., a week or so later.

Here goes nothing: frankly, while I’m touched by sadness every single time a young life ends needlessly, regardless of causation, the fact remains that the Michael Brown case is extremely rare.

Statistically, in our country of over 316 million, approximately two black citizens are killed by a police officer in the United States. To put this in perspective, roughly the same number of people die of lightning strikes in the U.S. on an annual basis. A few times more individuals died of meningitis in the U.S. last year than black Americans who were felled by cops.

I grieve for Michael Brown and his family regardless of what he did. That doesn’t mean we’re dealing with an epidemic of white police officers gunning down black youths. We’re not. Liberals can’t blame this one on gun control because, as we well know, they dogmatically believe that ONLY the police should have guns. Moving on…

My sensitivity towards the Michael Brown situation isn’t really the issue, nor is Officer Wilson’s for that matter. Detractors in trolls will TRY to make that the issue (turn on a TV for verification) but it’s a red herring.

The inconvenient truth is that Michael Brown, had he never broken the law (as alleged) and encountered Officer Wilson on that fateful evening, was more than likely doomed anyway. It’s sad but no less true for it. And the same liberal politicians rushing to Ferguson right now to march in protests and pose for the cameras never gave a shit about Michael’s future or that of his contemporaries until – statistically speaking – lightning struck and they had an opportunity to whore themselves out on television for personal gain.

The numbers speak for themselves. Between 1976 to 2005, 86% of white victims were killed by white criminals; similarly, 94% of black victims were killed by blacks criminals. One in six black American men were incarcerated at the beginning of the last decade; they accounted for 26% of juvenile rests and 58% of youth incarcerated in state prisons AND 42% of murder victims despite the fact – and this is crucial – black males comprise only about 6% of the total U.S. population.

Thousands of young, black men hailing from economically-depressed areas like Michael Brown’s metropolitan St. Louis home are facing de facto death sentences: actual death, incarceration, or futures without a reasonable chance at achieving the American Dream. They live in fatherless homes, find themselves trapped in public school failure factories (ex. only 54% of Newark, NJ kids even graduate at all, irrespective of whether the degree means anything) located in drug infested neighborhoods AND, if they’re lucky enough to make it through high school with any marketable skills, they’re understandably going to take their families and move far, far away from their old neighborhood in order to give their own kids a better chance.

Here’s a novel freaking idea: how about we discuss that, Reverend Sharpton? MSNBC? Liberal intelligentsia? I know all of this carnage is a big business for these people, but I’m appealing to whatever part of them is still human for the sake of the country.

Race isn’t the problem. Gun aren’t the problem. Don’t blame it on poverty, either. There isn’t a developer or investor in America who turns down an investment opportunity because the targeted area is too poor; Camden, NJ is prime real estate and should be another Hoboken. Why isn’t it? Crime is cultural, not economic, so when shootings, drugs and riots make it impossible for anyone to conduct commerce, then you can be damn sure that poverty will be the end result.

There’s no use beating around the bush: an entire segment of our American family is doomed by bad policies and a dead culture – THAT is the problem. That, and no one is willing to talk about it. Democrats would rather discuss symptoms to win votes. Republicans are terrified to discuss root causes for fear of condemnation. And another 100+ black males, on average, will pay the ultimate price for their exploitation and cowardice, respective, this week.

I don’t know about you, Save Jerseyans, but it makes me feel like rioting. But I won’t. I’m going to continue to channel my anger at the voting booth and right here, in the court of public opinion. It’d be in your best interest to join me before the next Ferguson happens.

3 thoughts on “Michael Brown Was Statistically Doomed in Liberal America”