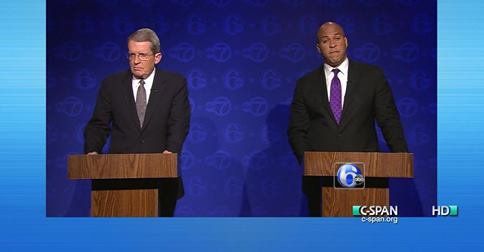 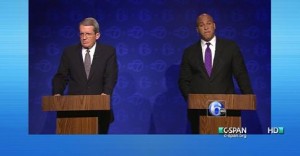 We’ve got one *new* poll out with under one week to go before New Jersey decides whether to give former one-cell zygote Cory Booker (D-Twitter) a full term in the U.S. Senate, Save Jerseyans, and it reflects a 2-point closer race than what YouGov found a few weeks ago:

This latest poll was conducted entirely prior to last week’s debate but, overall, it only amounts to a 0.4-point improvement for Mr. Bell in our average.

Bill Kristol of the Weekly Standard, an ardent Bell booster, sees hope in the fact that Bell wins independents in the YouGov survey by 8-points; “[t]he Democratic registration edge is about 7 to 4, and YouGov seems to have weighted the sample accordingly,” he noted. “But what if Democratic turnout is down (Obama has about a 41 percent approval in New Jersey)? And what if Republican turnout is up? If the partisan differential gets smaller, at some point Bell’s lead among independents can make up the gap.”

The Bell campaign doesn’t really have the cash to close the “partisan differential” before next Tuesday. Still, if exit polling is performed on Election Day and it reveals that Bell did, in fact, win independents in New Jerseyans, then that’ll guarantee some fun post-season discussions…