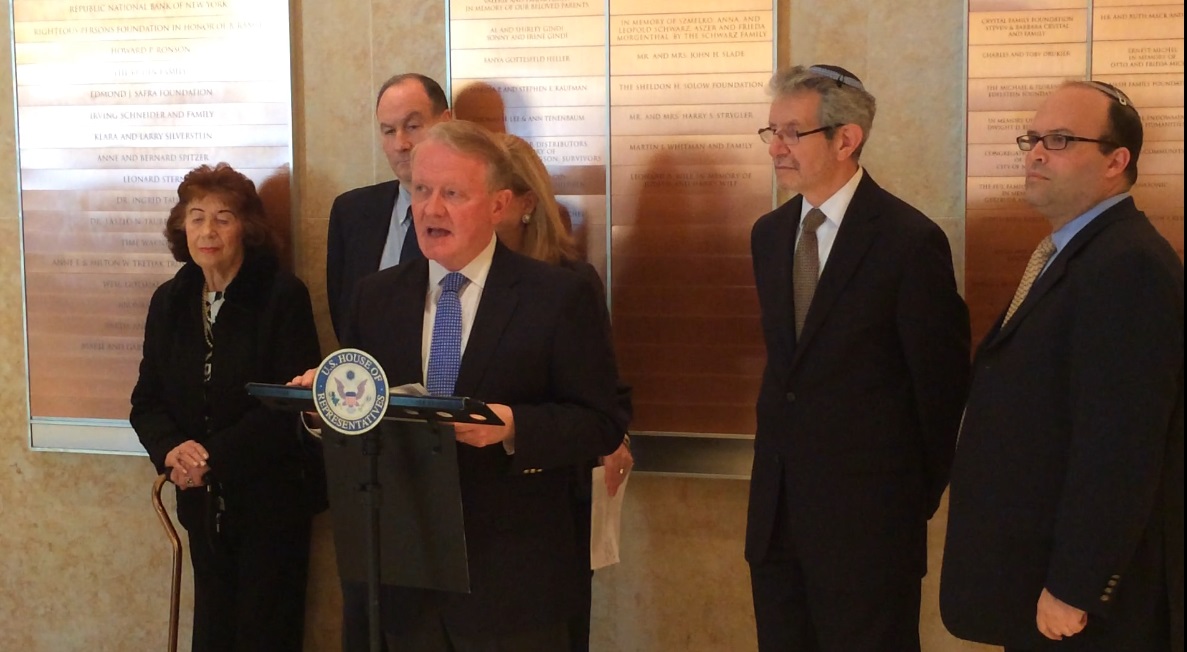 It sounds like an Indiana Jones movie, Save Jerseyans, and the mild-mannered U.S. Rep. Leonard Lance (R, NJ-07) isn’t exactly your prototypical action hero, but the New Jersey Congressman is no less determined to bull whip this situation into submission.

What situation? And how?

He’s a force behind the dramatically-labeled “Nazi Benefits Termination Act of 2014” currently working its way through the U.S. House of Representatives.

You may’ve seen the recent AP report covering an investigation which uncovered millions in Social Security benefits pay outs to suspected Nazi war criminals and SS guards even AFTER being expelled from the United States. They may be aging but apparently, Lance and his colleagues allege, at least four are still at-large.

“The world can never forget the hate and intolerance that claimed the lives of millions and forever scarred the face of mankind,” said Lance, who also serves as co-chair of the Republican Israel Caucus, at a Monday NYC presser. “Congress must close this loophole and right this wrong in the name of the lives that were lost. To think Nazis are living off the tax funds of the children of liberators is sickening and morally wrong.  Congress must put an end to it.”

A brief outline of what this bill would accomplish via Rep. Lance’s release:

·        Establish a new immigration hearing process in order to terminate all federal benefits, including Social Security payments, to Nazi war criminals. The lack of this process has been the major reason why benefits have not already been terminated.

·        Charge the Department of Justice with bringing individual cases forward to terminate benefits, under this new process.

o   An immigration judge would then determine if the individual was a participant in Nazi persecution and if so, the judge would be required to promptly issue an order declaring the individual to be ineligible for any federal benefit, including Social Security.

o   Any appeal to the judge’s final order must be filed with the U.S. Court of Appeals for the Federal Circuit no later than 30 days after the order becomes final.