Monmouth is once again NJ’s most accurate poll 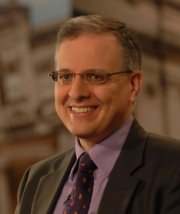 Results are all that matter in the polling world, Save Jerseyans, ’cause as the old saying goes, “close only counts in horseshoes and hand grenades.”

Monmouth University’s Polling Institute must have a horseshoe buried somewhere on campus. Or maybe under its polling director’s desk?

That director, Patrick Murray, was recently referred to as “New Jersey’s Nate Silver” in a pre-election Inky piece (to which, btw, your Blogger-in-Chief also contributed his two cents), though he did plenty of national polling for the midterms, too. His survey results invite the comparison: they were on the money in 2013’s gubernatorial and senatorial contests and again for the 2014 Midterms.

This cycle, Monmouth appears to have called Cory Booker’s 14-point victory over Jeff Bell exactly with its final poll (unofficial results show him leading 56% to 42%).

The Institute also nailed MacArthur’s NJ-03 race, consistently finding a lead in the 10-point range before the Republican successor to Jon Runyan ultimately prevailed by approximately 11-points. Every other public poll in NJ-02 failed to predict a 20+ point victory for Frank LoBiondo except, again, for Monmouth. And in NJ-5, Monmouth came within two points of Scott Garrett’s 13-point margin over challenger Roy Cho.

There’s most definitely some art involved in the science of polling (ask Ed Gillespie, Eric Cantor, Ken Cuccinelli and the rest of the Virgina GOP) so consistency is what counts. You don’t have to hit the stake every single time but you can’t afford throw outliers into the mix or you’ll end up in relative obscurity like John Zogby after his notorious 2004 exit polling debacle.

Monmouth flirted with the stake (and straight-up smacked it in a few instances) so we’ll continue to lean on their expertise heading into 2015 and beyond.