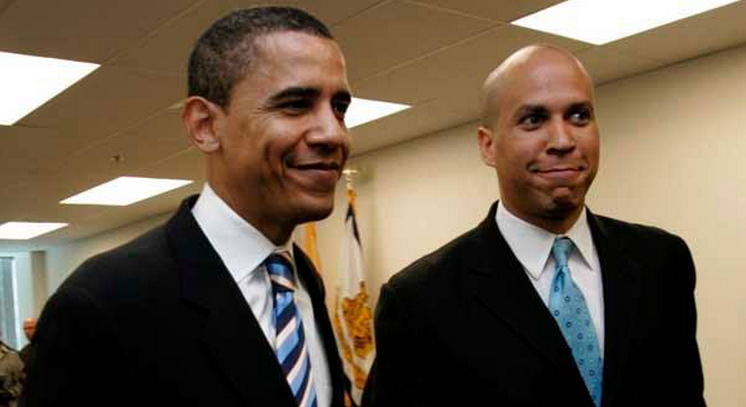 So, even though he’s loathe to admit it, President Obama has made mistakes. Big mistakes.

And these mistakes contributed greatly to the repudiation he faced on Tuesday.

But here are the five biggest mistakes:

1) The Stratospheric Raising of Expectations. The Promise of Obama was so unrealistically ambitious, so huge, so all-encompassing that it was bound to come up short. It was only a matter of time. And here’s the incredible thing: Obama consistently encouraged the raising of these preposterous expectations. Just one example. On June 3, 2008 Obama said: “We will be able to look back and tell our children that this was the moment when we began to provide care for the sick and good jobs to the jobless; this was the moment when the rise of the oceans began to slow and our planet began to heal; this was the moment when we ended a war and secured our nation and restored our image as the last, best hope on earth.” Obama was going to bring about peace and prosperity, provide free health care AND slow the rise of the oceans? Understand, a lot of people bought this. And a lot of people were then hugely disappointed.

2) The Apology Tour. Shortly after he was elected Obama embarked on an international apology tour as he confessed America’s sins abroad. It was unprecedented and astonishing since US officials had always followed an unwritten rule never to speak ill of our country while traveling on foreign shores – a wise tradition, to be sure. Incredibly, Obama suggested that America had “a moral responsibility to act” on arms control because only the U.S. had “used a nuclear weapon.” He said that we had not “pursued and sustained engagement with our neighbors,” because we “failed to see that our own progress is tied directly to [theirs].”  He also said that decisions about the world financial system were no longer made by “just Roosevelt and Churchill sitting in a room with a brandy,” implying this was a bad thing. And these are just a few of the things he said. Again and again, he publicly questioned the actions of previous American leaders and policy. He spoke way, way too much, way too early and was way out of line. But the damage was done.

3) Obamacare. Instead of tackling the economy first, Obama put virtually everything on the back burner to enact Obamacare – a vast expansion of the federal government that subsumed one-sixth of the US economy, raised health care rates and helped to drive down personal income. The Obamacare manifesto was all about Obama and his own limitless ego. He was bound and determined to enact it and in the process he tore the country apart, wasted time and money, perverted rules and laws and set the stage for the development of the Tea Party and his huge loss in the 2010 midterms. Obamacare was the beginning of the end of whatever mandate Obama had.

4) The Scandals. Benghazi. The IRS harassment of Tea Party groups. Fast and Furious. Solyndra. The Secret Service run amuck. The NSC spying. The Obamacare rollout debacle. The GSA mismanagement and wasteful spending. It goes on and on. As the scandals piled up, Obama seemed to do nothing about them. Virtually no one was dismissed and everybody but the people responsible for these mess-ups, dastardly schemes and coverups was blamed. In fact, the Obama administration never took responsibility. The end result was the sense of a series of fiascos accompanied by stonewalling and coverups.

5) That August 20th Golf Game. Less than 24 hours after the horrific beheading of American journalist James Foley by ISIS terrorists, President Obama interrupted an extended vacation to make a less-than-stirring public statement about the beheading. Then, 15 minutes later Obama was back on the golf course smiling and joking with friends. All this while British Prime Minister David Cameron left his own vacation site to return home to London to speak and act much more forcefully and with appropriate demeanor. This single moment – Obama golfing, laughing and joking with friends while our nation anguished over this barbaric act (and while an American family suffered unbearable grief) was the final straw. It showed that the president simply didn’t care. It was an affront not only to his oath of office and the office itself but to the simple decency and sensibility of the American people. It made a mockery of the sacred trust we placed in him.

This is how Obamanism unraveled.