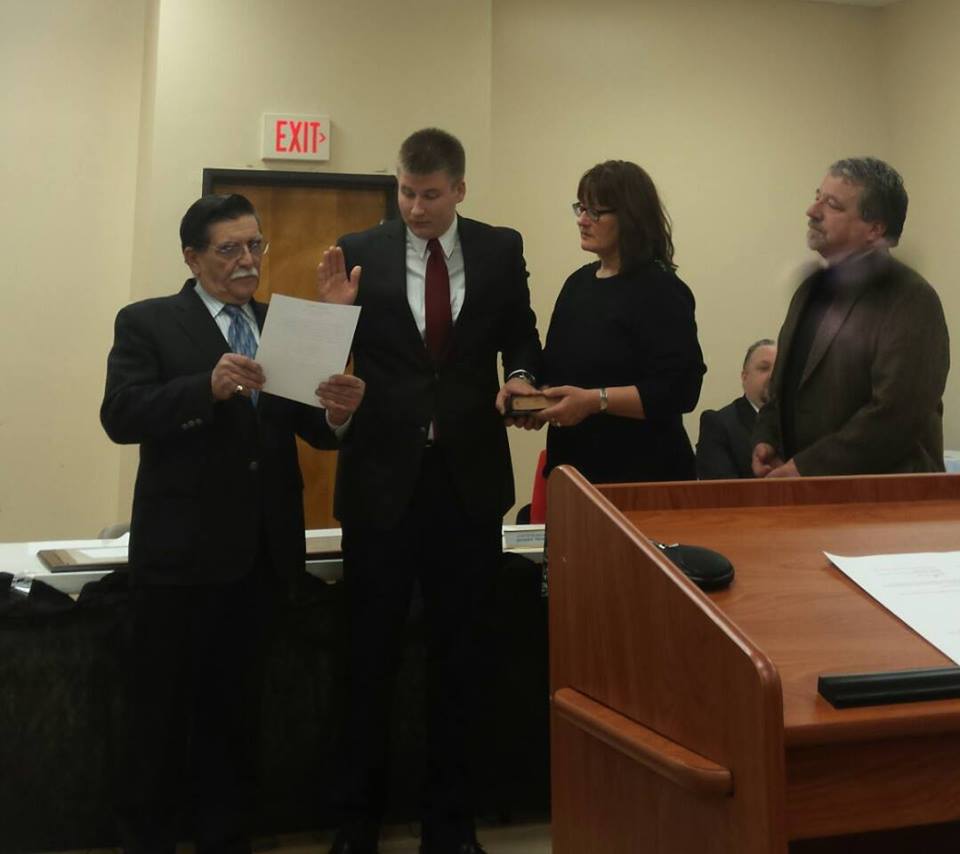 Is there now a Save Jersey bump?

This past year I conducted a series of interviews with local candidates; I wanted to give everyone an update on some of these candidates taking office. In short: very well!

In Hightstown, not only did Connor Montferrat become one of the youngest councilmen in the state at 23, but his town was one of only two contested races in Mercer County to go the Republicans. A typically Democratic town, Montferrat and his running mate scored a solid victory in November.  He was sworn in on January 1st and immediately got to work fulfilling many of the promises he made to Save Jersey and the voters last fall.

Usually a reliably Democratic town, the win is extremely impressive and he looks to help continue to build the party in town and at least begin to organize a challenge to the Mercer County Democratic machine. Wins like this one help to grow our party from the bottom up, Save Jerseyans. This will not be the last time you hear his name doing big things in our state.

In North Arlington, Dan Pronti was the leading council vote as he and his running mate, Kerry Cruz, scored a landslide victory in a battleground municipality where races are routinely decided by only a few votes. Pronti and Cruz carried every single district in the town, as did Councilman Joe Bianchi in his defeat of two-term incumbent mayor, Pete Massa. North Arlington Republicans now have control of town government for the first time in a number of years.

“The future of North Arlington is now,” remarked Pronti in his first speech of the new term.

If they knock off the two remaining Democrat this fall, they will sweep to a 6-0 advantage, something sources tell me is highly likely.

The first action the new Republican council will have to take as soon as next week is appointing a new council candidate to fill the seat vacated by Mayor Bianchi upon taking office.  I will keep everyone updated on this situation as it unfolds.

For now, I wish the best of luck to these new elected officials as they tackle the tough issues facing their towns and, hopefully this time next year, I can do another article about a very successful year for Save Jersey‘s interviewed candidates!