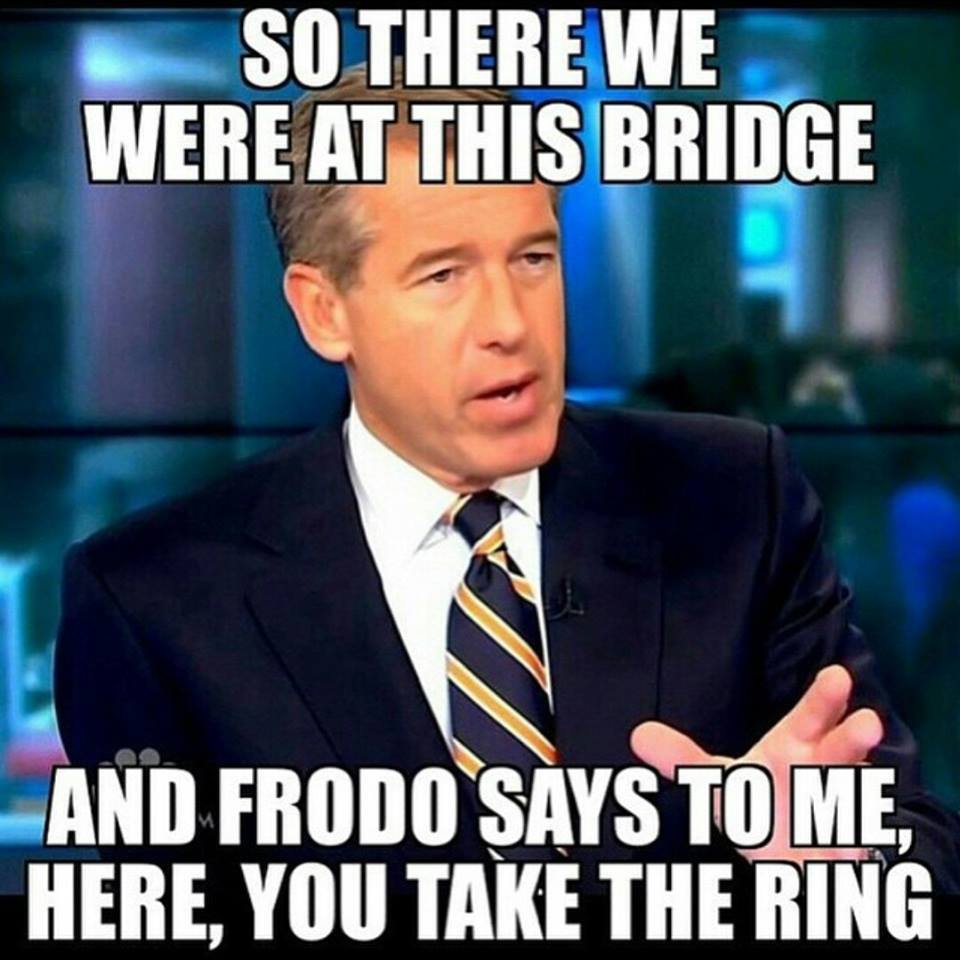 About-be-former NBC Evening News anchor Brian Williams announced on Friday that he’s taking some time off from his job in order to fully ponder the adage, “what goes around comes around.” Well, maybe he didn’t say he was going to do that last part, but if he can tell lies why can’t I? And if a top TV news anchor can’t be straight with us, what are the appropriate consequences for his behavior, the appropriate punishment for his misdeeds?

Sometimes behavior is so beyond the pale of acceptability, decency, integrity or honesty that there’s no real point trying to explain or understand it – the calumny and perfidy speak for themselves. When you encounter such behavior, what usually comes to mind in terms of consequences simply won’t do. In fact, the only civilized thing to do is resort to the lash and beg the question: should Brian Williams be flogged?

As we all know, Williams is up to his blow dryer in an imbroglio over his telling, re-telling and re-re-telling a story that he came under fire while in a helicopter in the early days of the Iraq War in 2003. Turns out, however, that the story wasn’t even remotely close to the truth.

After his most recent incarnation of the tale at a New York Rangers hockey game where he inserted it into what was supposed to be remarks honoring a veteran, it began to unravel.

One at a time, Iraq War veterans who were actually involved in the event began to speak out on social media.  Shortly thereafter, Stars and Stripes, a worldwide news outlet devoted to reporting on American military personnel and their activities, picked up the story and ran with it. They had the balls to listen to soldiers who were there and actually took the fire Williams claimed was his, double check their sources and then commit an act of honest journalism in outing him as a humbug.

Unlike Edward R. Murrow reporting from London during the World War II Blitz or Walter Cronkite going on B-17 bombing runs over Europe during the same period where they risked their lives to tell the story of the people most affected, Williams was just making stuff up.

Stripes not only debunked his original claim, but also the corrected version he offered in an attempt to back-peddle his way out of is ever-growing mess. It was downhill from then on out as more and more veterans with first-hand knowledge of what went down jumped all over him. The jig was up, he was caught with his J. Crew khakis down and he had to fess up sideways, meaning his mea culpas weren’t quite culpa enough.

In one of his many misapologies, Williams said he “made a mistake” in claiming he’d been on a helicopter attacked by rocket propelled grenades.

A mistake is wearing brown shoes with a tuxedo, which you’ll only do once for the embarrassment it causes. This wasn’t a mistake. As we’ve learned, this was a deliberate and repeated falsehood, a complete misstatement of the truth – in other words, a lie. And a “Stolen Valor” lie at that since he took credit for heroic acts that belonged to others, not him. Social media quickly grasped that and went nuts with it.

#BrianWilliamsMisremembers became a hugely popular hashtag on Twitter as the Twitteratti had a field day imagining the places and events in which ol’ Brian must have participated. The memes are hilarious.

Facebook exploded with his image superimposed into great moments of history including Neil Armstrong’s moon landing, a meeting between Abraham Lincoln and his Civil War generals and more.

Because people get this, Williams was left without a friend in the world save Dan Rather whose own reportorial ethics were called into question and cost him his job when he passed off fake documents in 2004 in an attempt to smear former President George W. Bush.  Birds of a feather?

Also called into question were other tales of Brian told by him over the years including that Hezbollah rockets came close to hitting a helicopter he was in while in Israel in 2007; that he was held up at gun point while selling Christmas trees in the 1970’s;  that he saved a puppy from a burning house – or was it two puppies? The story shifts around – while serving as a volunteer firefighter in New Jersey; that he saw a dead body floating in New Orleans’ flooded French Quarter, which was never flooded, after Hurricane Katrina. With each new dawn more such stories surface. What will tomorrow bring?

The New York Times’ Maureen Dowd nailed it when she asked in her Sunday op-ed column, “It seemed pathological because Williams already had the premier job, so why engage in résumé inflation?”

The answer is simple. Look at all the stories he’s alleged to have faked, shaded or otherwise slanted. Then ask, “Who’s at the center of them all?” The answer, dear reader, is obvious: Brian Williams.

No matter how big he is, how much money he makes, that he’s invited to all the right places and gets to interview all the best and most important people, it’s never enough. He…Wants…It…ALL!

It’s all about him. He’s at the center of every story with what well could become a vocationally terminal case of “I” disease: I did this, I did that, I…I…I…I…I…I!.  Haven’t heard that many “aye, ayes” since McHale’s Navy.

Brian Williams never passed a mirror but what he didn’t stop and spend an hour or two admiring the view. His shenanigans were motivated by the worst and most mortal of all sins: ego gratification and self-promotion at the complete expense of truth, others and basic human decency.

This isn’t Dan Rather crossing the line and stretching the truth – this is saying that, for him, there are no lines and truth is whatever he says it is. He’s reminiscent of Mad Men’s Dick Whitman aka Don Draper, the Madison Avenue made-up man who looks like cherry-tree-chopping George Washington by comparison. 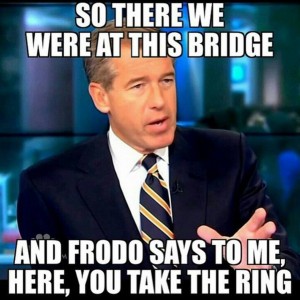 The ultimate bottom line is that Brian Williams betrayed the trust of his viewers, the subjects of his reporting and every other journalist who tries to do a good job. And each and every time he re-told the lie he committed the underlying crime anew. After all, if you can’t trust the biggest dawg in town, who can you trust?

In his good-bye message, Williams said he was going to “take myself off my daily broadcast for the next several days,” but that he would be back. “Upon my return, I will continue my career-long effort to be worthy of the trust of those who place their trust in us.”

Network executives are paralyzed and incapable of doing anything to stem the bleeding. The media buzz coming out of NBC headquarters at 30 Rock in New York is that they’re “Standing behind him,” which is always a precursor to having a cardboard box placed outside your cubicle, the ultimate clue to pack up your junk and be out by the end of the day.

Tom Brokaw, his predecessor as Evening News anchor, has made no bones about wanting Williams fired.  I’m guessing Tom has sway with advertisers, executives with corporate parent NBCUniversal – Comcast and others. He’ll be listened to.

Whether he’ll worm his way back into the limelight is problematic. The public is willing to forgive a lot, but not this. One poll has 80 percent of those who watched his “apology” wanting him gone. Not good ratings there, Bri.

But who watches network TV news anymore anyway? I don’t even watch cable news except to catch “The Five” on Fox and wonder how I could wangle an opportunity to pinch hit for Greg Gutfeld sometime.

So, now that you have heard the facts and have an understanding of the issues, you’re invited to ponder them, use your reasonable common sense and human experience and come back to render a verdict on the underlying question: should Brian Williams be flogged?

2 thoughts on “Should Brian Williams be flogged?”