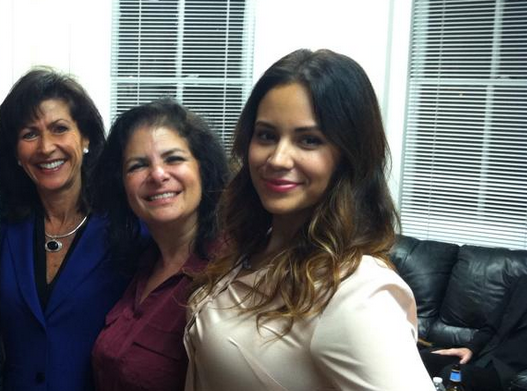 GOPAC is recognizing Assemblywoman Maria Rodriguez-Gregg (R-8) through inclusion in its 2015 Class of Emerging Leaders, Save Jerseyans.

The Burlington County legislator, mother, and roller derby player has attracted significant attention inside and outside of the Garden State since joining the Assembly in January 2014, named a rising star by Gannett newspapers and profiled by the RNC as a young Hispanic GOP leader.

“Our Emerging Leaders program ensures a roster of prepared and tested Republicans ready to lead in their state legislatures and run for higher office.” said GOPAC Chairman David Avella in a press release announcing the new list. “As evidenced by past honorees now serving in Congress or as leaders in their state legislative chambers, this program has proven effective at advancing the Republican Party’s next generation.  Further, Republican majorities in 69 of 99 state legislative chambers have proven a tremendous advantage in federal elections.”

GOPAC itself is a big money organization that focuses on training Republican candidates and political professions; the stated goal of this particular program is to promote next generation Republican leadership at the state level; as the only New Jersey participant, Asw. Rodriguez-Gregg attend the 5th Annual Emerging Leaders Summit from June 8th to June 11th.