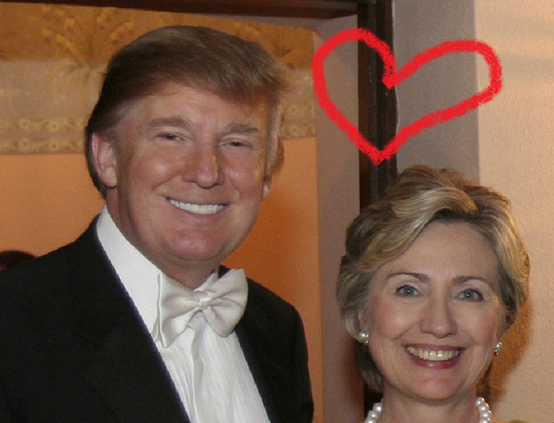 Classless Team Trump’s almost comically dramatic flip-flop on Gowdy is similarly unsurprising given the Donald’s track record of flipping and flopping like a champ but the substance of Trump’s attack on the South Carolina congressman is no less absurd.

“I hope @TGowdySC does better for Rubio than he did at the #Benghazi hearings, which were a total disaster for Republicans & America!” Trump tweeted after Rubio’s pre-planned Tuesday event with Gowdy in Iowa. In other words, Gowdy left Hillary Clinton a/k/a Hilldawg off the hook for Emailgate.

The funny part: without the work of Trey Gowdy and his committee, there wouldn’t even be an Emailgate! 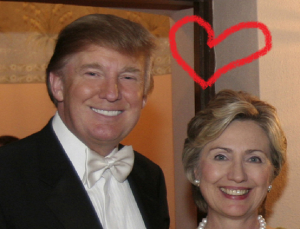 Let’s go to the historical record; for starters, this October 2015 NYT piece chronicling the investigation into the aftermath of the Benghazi terror attack:

Now, 17 months later — longer than the Watergate investigation lasted — interviews with current and former committee staff members as well as internal committee documents reviewed by The New York Times show the extent to which the focus of the committee’s work has shifted from the circumstances surrounding the Benghazi attack to the politically charged issue of Mrs. Clinton’s use of a private email server while she was secretary of state.

A committee with a stated initial goal of learning more about how four Americans, including Ambassador J. Christopher Stevens, were killed in Libya has created a political whirlwind in Washington, affecting not only Mrs. Clinton’s presidential campaign, but now also the race for House speaker. Mrs. Clinton is scheduled to testify in front of the committee on Oct. 22.”

A whirlwind, one which the liberal NYT observed was the baby of Trey Gowdy.

Face facts: indicting Hilldawg was always a long-shot despite the lack of doubt in any of our minds that she’s as dirty as a day-old discarded banana peel. Besides the obvious hurdles including destroyed evidence and a complicit administration, the criminal culpability attached to executive actions committed during one’s time in office have been well-litigated in federal courts. Experts couldn’t even agree if Hillary broke the law.

But Gowdy did do a lot to bring serious questions to light and remind everyone, ahead of a presidential cycle, of the Clinton family’s lying ways. If she ultimately loses in 2016, Rep. Gowdy will have played a part. If you want to blame anyone for the committee going off the rails, blame Kevin McCarthy for going on television and going off script.

The only point that matters for our purposes is that Trey Gowdy has done far more to injury Hillary Clinton’s candidacy than Donald Trump who, lest we forget, PRAISED Hilldawg’s “very talented, very smart” job performance as Secretary of State and dismissed the Clinton sex scandal (read: perjury) as “totally important” before reversing himself recently during the heat of a GOP primary contest:

And who did Trump want to serve in his cabinet, as attorney general, up until he endorsed someone else?

Gowdy > Trump. Every single day of the week, folks.

One thought on “The Truth: Gowdy made ‘Emailgate’ a thing. Trump praised Hilldawg’s performance.”