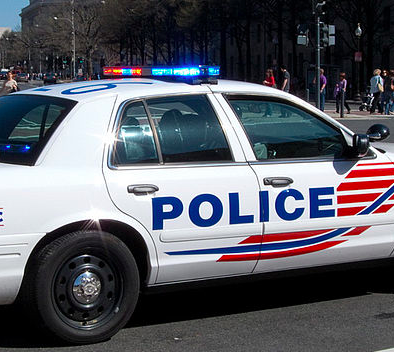 Sometimes you have to wonder what planet these people come from, Save Jerseyans.

Certain regional media are chatting about a new study sponsored by the ACLU-NJ and authored by a “Soros Justice Fellow” at the ALCU-NJ’s Criminal Law Reform Project. Yes, that Soros. The notorious far-left billionaire who recently put millions behind racially-charged protests including those in Ferguson, Missouri.

Therefore, the grand conclusion shouldn’t surprise anyone. According to the study, racial minorities are charged with four “minor” offenses at significantly higher rates than white residents in four New Jersey cities: Jersey City, Elizabeth, New Brunswick and Millville. You can read the whole thing for yourself here. Cumberland County’s Prosecutor is reviewing the findings.

“Racial disparities are a red flag that a particular community may be the target of unfair enforcement,” the author complains. “This can foster resentment in the community, and reduce community cooperation with police. Law enforcement training and policies that take such disparities into account can reduce those disparities, encouraging police-community collaboration and increasing confidence in police work.”

This debate is decades old, folks, but this much is certain: while an increasing number of conservatives and libertarians have led the way in recognizing how criminal justice reform needs to play a role in fixing our broken communities, the Left still refuses to acknowledge the primary role in creating the problem played by their endless, fruitless social engineering experiments. Study after study demonstrates how social mobility for blacks plummeted after the Great Society, a trend first predicted by the late Democrat Daniel Patrick Moynihan, and God knows we’ve written plenty around here about how current policies including the not-so-subtle racism built into our public school system continues to handicap our most vulnerable communities.

The ACLU-NJ’s report does not prove – or even convincingly suggest – malicious racial profiling. A conclusion that requires less of a leap of logic by the reader? That minorities are continuing to commit a higher percentage of crimes, notably in many neighborhoods where they’re concentrated like the ones targeted by ACLU-NJ, a conclusion well-documented by reams of statics which didn’t make it into the ACLU report; consequently, as police focus on these high-crime areas, police departments overseen by liberal municipal governments, by the way, they’re naturally far more likely to catch minor crimes committed by those residents.

It’s not just a policing “strategy.” It’s a pathetic reality.

Yes… pathetic. The report does yet again demonstrate how young minorities like Ferguson’s Michael Brown are statistically doomed in neighborhood ravaged by the Left’s way of doing things. Shifting the blame to police lets policymakers off the hook for their own crimes of commission or omission as another generation is lost.

“These kids suffer from a lot of emotional baggage spawned by ineffective parenting, which is worsened by white bleeding-heart liberals who use these troubled kids for their liberal agenda,” explained Milwaukee County’s sheriff in a 2014 editorial. “Social liberalism is a sadistic ideology.”

Agreed. So maybe it’s time to start focusing on saving these kids BEFORE they commit a crime?

Rather than fret exclusively over the consequences after the first crime is committed?