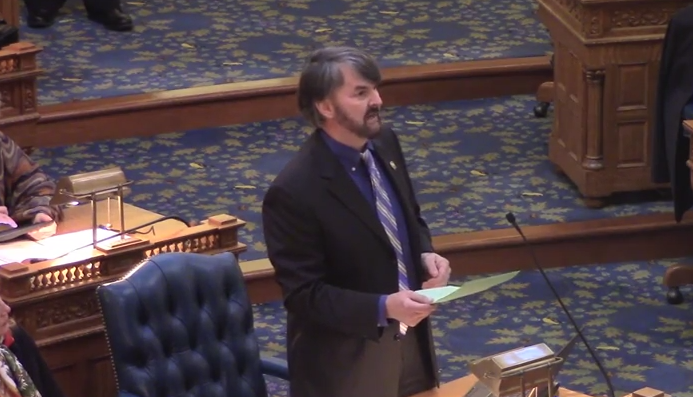 There are a few different attacks being leveled against conservative Assemblyman Michael Patrick Carroll‘s push to lower New Jersey’s drinking age from 21 to 18, Save Jerseyans, ranging from the safety argument and U.S. cultural difference vs. our more permissive friends overseas to indirect enforceability issues for our domestic neighbors (ex. 18-year-olds getting plastered in Jersey City then driving through the tunnel to Manhattan).

It’s a fascinating debate that touches on just about every aspect of government’s role in our lives. 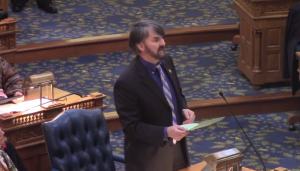 The only argument that the bill’s sponsor agrees has some merit? The federal transportation funding issue; Washington routinely forces its will on the states by tying federal monies to public policy items like the drinking age.

Still, the Assemblyman sees a clear path forward IF Congress takes the lead.

“The federal cudgel is clearly a problem,” the Assemblyman conceded when I reached out on Thursday to get his reaction to the debate he started. “The obvious solution is to adopt Congressman Garrett’s salutary proposal to allow the states to keep the gas taxes assessed in their states, which gets the feds out of the business of redistributing dollars, and precludes them from monkeying around in state level affairs.”

In case you missed it, Rep. Scott Garrett‘s plan, known as the STATE Act, would specifically permit states to retain 18.4 cents per gallon federal tax within their borders for opting out of the federal transportation program and allocations.

God knows the death of federalism is one of my favorite pet topics.

Of course, for that very reason, counting on D.C. to take the lead on anything is always a big “if.” Assemblyman Carroll sees a legal path to correct the problem, too, but at the end of the day, elections have consequences and persuasion is what counts.

“Although I believe a case asserting that this provision is unconstitutionally coercive went to the SCOTUS, and met an unfortunate fate, in light of the ACA case respecting Medicaid, it’s possible that the law is now to the contrary,” he added. “In any event, assuming that the common sense of this proposal were to compel legislative consideration, it’s clear that we need to address the federal penalties. The best solution would be to persuade the feds to butt out of matters properly within the province of state power.”

What’s your take, Save Jerseyans?