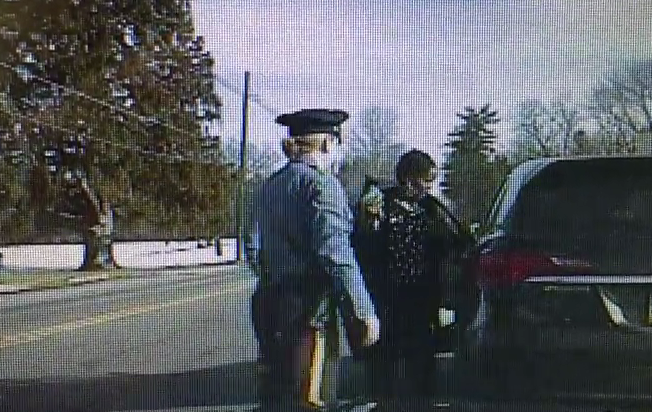 Higher education is supposed to embody the pursuit of higher truths, Save Jerseyans!

What happens when it’s hijacked by radical, hateful, agenda-driven losers? Imani Perry is what happens.

A Princeton University professor in the African American studies department, Perry was arrested on Saturday morning on a bench warrant after police initially stopped her for allegedly driving 67 miles per hour in a 45 miles per hour zone… with a suspended license. The warrant was reportedly from an unpaid parking ticket.

But rather than pay the fine and move on with her life, Perry initiated a 1,201-word Facebook rant accusing the Princeton police of racism:

We already know it IS the standard protocol for people in poor Black, Indigenous, and Latino communities to experience disproportionate police surveillance, harassment, violence, and punishment. That is the graver injustice. I’m asking you to understand that my experience, and my feelings, are directly and intimately tied to that larger truth. We unquestionably have a serious problem with policing in this society”

Unexplained in Perry’s post? Which racist conspiracy compelled her, against her will, to park illegally or drive like a jackass.

And while we’re at it, folks, here’s the dashcam footage. Do these officers look like the villains of  Bob Dylan ballad to you? Watch:

Princeton President Christopher Eisgruber responded to the incident with the predictable knee-jerk irresponsibility that we’ve come to expect from New Jersey’s institutions of post-secondary learning. “Many on our campus and around the country have expressed understandable concern about the arrest this past weekend of Professor Imani Perry, who is a respected scholar and beloved teacher at this University,” the statement read.

Respected? Maybe Princeton needs to do some soul-searching over what type of person merits its respect. The recent Woodrow Wilson flap was your first clue if you didn’t have one already.

Do some police suck? Sure. Some percentage of those individuals in ANY profession suck. But are our police America’s #1 obstacle on the road to domestic harmony? Nope.

And like we’ve witnessed in Ferguson and many other locales before and since, the cause of justice isn’t served by self-serving race-baiting that lacks any basis in a factual reality. In fact, Perry’s behavior is an affront to real victims of discrimination and makes it all the less likely that well-meaning citizens will respond in the future with anything less than a reluctant and skeptical eye. So who is she helping? Again, other than herself?

Fire her, Princeton. Redeem yourself. Serve your students!

17 thoughts on “The Princeton professor who cried (racist) wolf”