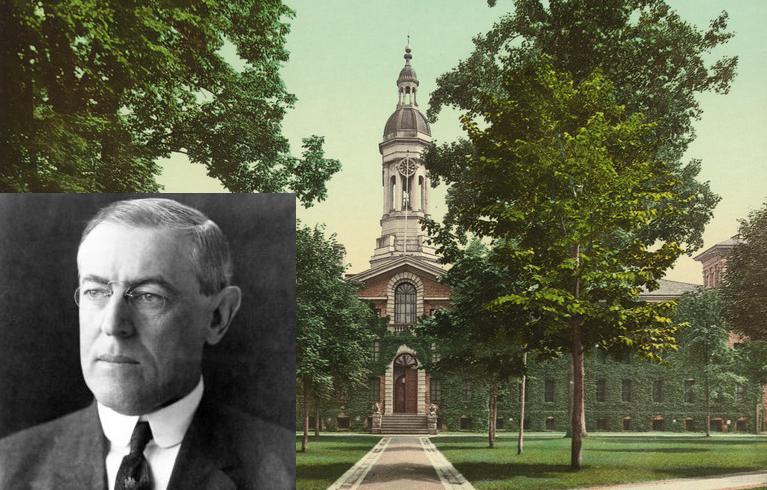 I can’t tell you how pleased and relieved I am that this millennial generation has risen up on college campuses to address our racist, sexist, homophobic, xenophobic, and all sorts of other –ist and –phobic past. Woodrow Wilson is now being taken to task for his alleged racism and will be soon expunged from the venerable campus of Princeton University.

But, we can’t stop here.

I implore our young students across the land to stage sit-ins, hunger strikes, and whatever means necessary on the following campuses in order to finally right the serious wrongs confronting our society and remove the following names for their crimes against humanity:

GEORGE WASHINGTON University:  Our first president was a slave owner.

JAMES MADISON University:  Madison introduced the Bill of Rights which of course included such atrocities as the right to free speech, and worse…..the right to keep and bear arms.

MONROE College of New Rochelle, NY:  James Monroe initiated the Monroe Doctrine which led to the U.S. expansion and domination of the continent forcing Native-Americans off their lands and onto reservations.

ROOSEVELT University of Illinois:  FDR was a segregationist and also interred Japanese-Americans in camps during WW II

TRUMAN School of Public Affairs at University of Missouri: How did the Mizzou students miss this one?  Hiroshima. Nagasaki. ‘nuf said.

JOHN F. KENNEDY School of Government at Harvard University: JFK was a known womanizer and misogynist.

LYNDON B. JOHNSON School of Public Affairs at Univ. of Texas: LBJ escalated the Vietnam War against the peaceful people of North Vietnam.

GEORGE W. BUSH School of Government and Public Service at Texas A & M: Well, because it is still Bush’s fault, after all.

If I missed any, please let me know. And once we have cleansed the campuses of our universities and colleges, we can begin anew on the myriad of High Schools, Middle Schools, Elementary School and Day Care Centers across the land that are named for our despicable former presidents.

8 thoughts on “Righting the Wrongs on Our College Campuses”