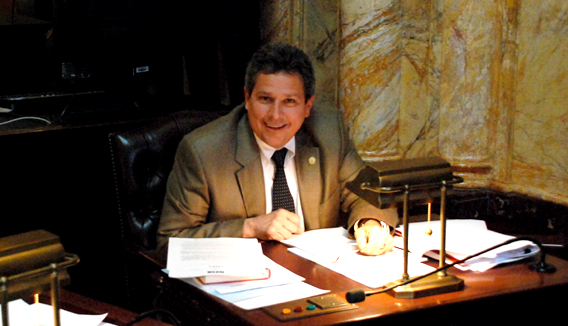 Why? The deceased New Jersey veteran politico’s friend and ally John Kasich is having a decent little 24 hours here in the Garden State.

For starters, Senators Kip Bateman (R-16) and Jennifer Beck (R-11) are endorsing the Ohio Governor’s bid for the GOP presidential nomination. According to at least one report, both legislators are on the host list for a New Jersey Kasich fundraiser coming up in April. Endorsements by themselves don’t mean what they used to in the modern political environment but they sure don’t hurt (in most cases – ask Mitt Romney).

Most other GOP legislators have remained quiet in the early going. Notable exceptions include Senators Mike Doherty (R-23) and Joe Pennacchio (R-26) who’ve both endorsed Trump.

Meanwhile, up in the densely-populated suburbs of our state’s northeastern bend, Union County Republicans endorsed Kasich over Donald Trump on a second ballot last night, the first N.J. GOP convention thus far this cycle that has gone to someone who isn’t the Donald.

They’re in the minority, yes, but not alone. Kasich also has the support of someone not particularly popular among the Republican grassroots but nevertheless is still a recognized figure both here and nationally: former Governor Christine Todd Whitman.

I know. Now, some of you are going to say “So what, Matt? Look at the delegate counts; they’re wasting their time on a loser!”

Exactly. Look at the delegate counts, then check out this well-written post over at The Observer penned by leading N.J.-based Kasich booster, venture capitalist and former congressional candidate Scott Sipprelle. If Trump falls short of clinching the nomination per-Cleveland (what’s looking like a possible Trump loss in Wisconsin next week makes that more likely), throw out the rule book.

It’s a historically-strange year. A year in which New Jersey’s voice might actually matter for a change. Me? Still thinking this one over given the remaining options, but yes, I’m sincerely happy for anyone who seizes the opportunity to think independently and take a stand. I say that without reservation!