Monmouth Democrat candidate accused of bowing to outside interests 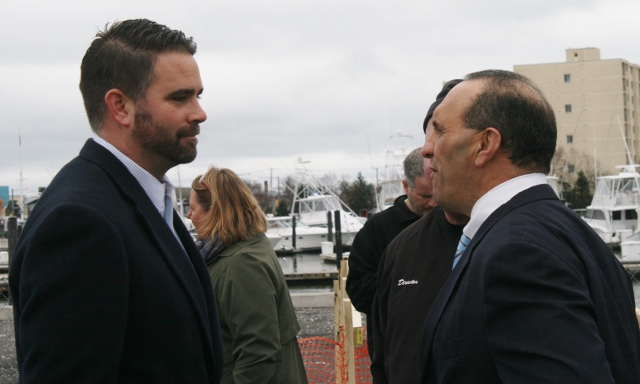 Even after a Superior Court Judge upheld a pay-to-play ordinance under assault by Monmouth County Democrat Matt Doherty and allies last month, Save Jerseyans, Doherty’s freeholder campaign continues to make its own rules.

The numbers are staggering.

“It’s important that we know whether Doherty is accepting money from Belmar vendors, liquor license holders, and professionals, in violation of the law,” said Freeholder Serena DiMaso in a statement. “Monmouth County can’t afford politicians like Doherty, who since becoming Mayor, has raised Belmar’s debt 120%. We need strong leaders who put Monmouth County taxpayers first, rather than elected officials who are beholden to special interests, lobbyists, and PAC’s.”

Monmouth is ground zero for Democrats in 2016 who hope to leverage presidential-level turnout to turn the traditionally red but competitive Republican country into a shade of blue on the larger New Jersey political map. Consequently, a small army of Democrat gubernatorial candidates and power brokers (many of whom are represented on Doherty’s donor list) have descended on the Shore county with their checkbooks in hand.