This is one of those rare issues which genuinely pushes my blood pressure to unhealthy levels, Save Jerseyans.

Their reasoning needs work. According to Senate President Steve Sweeney and his Democrat allies this morning, a constitutional amendment would be “unconstitutional.”

That’s the type of logic one could only expect from politicians who owe their political lives to the special interest group (here, the NJEA) who oppose the reform under fire. They’re contorting themselves to stop something – a plan to provide the SAME level of funding for every New Jersey K-12 student, regardless of geography, socioeconomic status or other facts – which only a fool or, again, someone on the take could possibly think was a bad idea. It’s pretty gross given what’s at stake for students and taxpayers alike.

What’s even more disgusting? The official response from the New Jersey (Mis)Education Association.

“We know that investing in schools, particularly in economically challenged communities, makes a real difference in the lives of children,” NJEA President Wendell Steinhauer declared on Tuesday following Christie’s announcement presser at Hillsborough High School. “New Jersey’s nationally renowned early childhood education programs for poor children are just one example of the positive things that have come from the state’s investment in those communities. We should not turn back the clock on that progress.“ 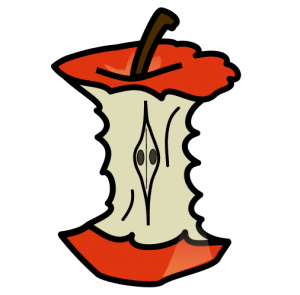 Defending a system that, for example, spends $30k per year, per K-12 child in Camden but produces only THREE college-ready high school seniors as “progress” is insulting to every literate person in all 21 counties. Give me a break! Criticize Chris Christie and this specific plan all you’d like. Defending the status quo as some species of acceptable progress? You’re not a serious person worth listening to; at that point, you’ve unmasked yourself as little more than a politician whose organization’s Super PAC is more interested in power than “progress” for our society’s most vulnerable young learners.

I can prove the NJEA leadership doesn’t even believe their own garbage. Veteran readers will remember when, back in 2012, then-NJEA Executive Director Vincent Giordano appeared on NJTV “New Jersey Capitol Report” to discuss public education and, when questioned about the fairness of New Jersey’s low income families being financially unable to afford the option of moving their children to better performing schools, Mr. Giordano was at least an honest spokesman for his organization TRUE feelings on the matter…

“Well, you know, uh, life’s not always fair and I’m sorry about that…”

There you have it, folks. From the horse’s mouth. That particular horse, by the way, had a $300k+ per year compensation package before he retired.

Reasonable people can disagree reasonably. There’s nothing reasonable about the NJEA’s disgusting, self-interested lies that consistently put the health of the NJEA’s political power ahead of real progress for New Jersey’s children.

Chris Christie’s plan isn’t perfect. No one is claiming that. But it would be a huge step forward towards restoring equity, affordability and yes, sanity, to a system that isn’t serving anyone other than the 10-percenters who rule Trenton. The NJEA doesn’t deserve to be take seriously by anyone (whom they haven’t bought) until its leaders think LONG and hard on their priorities. I won’t hold my breath.