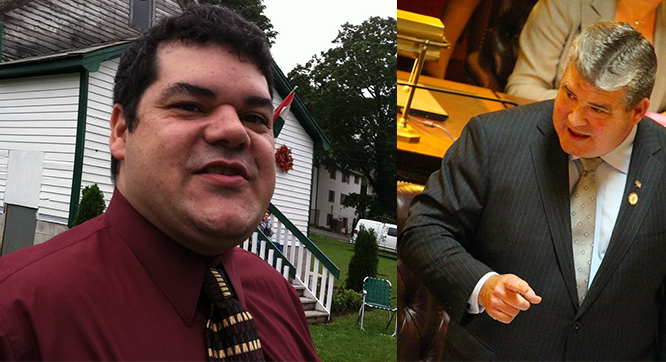 The gas tax is sitting on Governor Chris Christie’s desk awaiting his signature, Save Jerseyans.

When it’s eventually (?) signed into law, New Jerseyans are in for higher taxes — and a truck load of new debt — over the next several years.

What’s less certain is whether the decision of several Republican to support the gas tax cut results in any type of backlash from the GOP base in their respective districts. If it happens? Look to some of New Jersey’s redder districts.

The rural district represented by State Senator Steven V. Oroho (R-Franklin) is deeply Republican and, if public opinion polls are any indication, its residents are deeply opposed to the 23-cent gas tax hike which will prioritize light rail projects miles removed from Northwestern Jersey’s pastoral communities.

Yet Senator Oroho, ordinarily a fiscal conservative, didn’t just support the increase. He co-sponsored the original legislation and helped spearhead the controversial approach to replenishing the Transportation Trust Fund by raising taxes and borrowing billions of dollars without addressing any cost-drivers beyond the Garden State’s highest-in-the-nation road costs.

Among those other Republicans upset with their veteran representative is the mayor of Oroho’s own hometown of Franklin, the quaint 5,000-person strong borough in Sussex County.

“Thanks for screwing sussex county Steve Oroho with your gas tax increase on the highest commuter county in the state. I hope others remember it like I will,” a fired up Nicholas Giordano told Facebook friends on Friday as Trenton passed judgment on the compromise legislation.

Could this criticism translate into action?

Taking his war of words one step further, Mayor Giordano told New Jersey Herald over the weekend that Oroho should resign or prepare himself for a recall (though the local official denied circulating recall petitions or planning a primary challenge to Oroho himself).

But that’s what they all say until they don’t. Or do.