Will Leftist protesters who blocked the G.W. Bridge this AM get the #Bridgegate treatment? 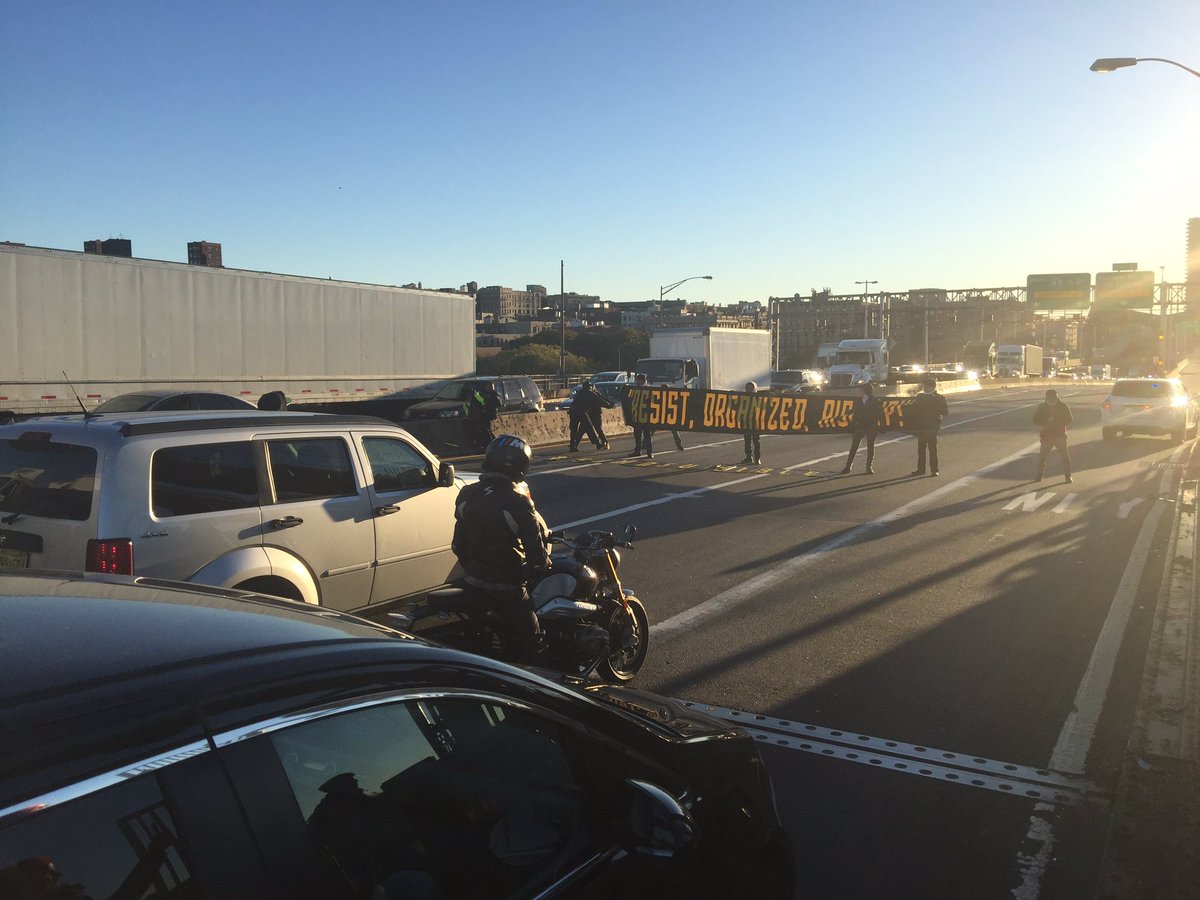 It’s hard to miss the ironic nature of a situation where hard-working, taxpaying Americans are late to work due to protesters demanding MORE tax dollars for themselves.

That’s exactly what happened on Wednesday morning, Save Jerseyans, when radical ‘protesters’ bitching and moaning about ‘wage theft’ and other goofy Lefty pet issues utilized banners and chains to block the upper level of the George Washington Bridge, resulting in a 90 minute traffic jam:

The perpetrators were reportedly arrested.

Will they now face the same level of aggressive prosecution as the defendants in the ongoing Bridgegate federal corruption trial?

They blocked lanes with the intention to cause traffic and commuter chaos for a political reason. If anything, this is a lot more straightforward than what happened (or didn’t happen) between the Front Office and Port Authority back in 2013.

What’s more, best as I can tell, these jokers are ideologically simpatico with our current Commander-in-Chief and, if the polls are right, the front runner to succeed him.

Anything short of a full-court press from the criminal justice system would speak volumes about how justice in this country (here’s looking at you, Director Comey) is increasingly – and disturbingly – bifurcated based upon partisan affiliation.