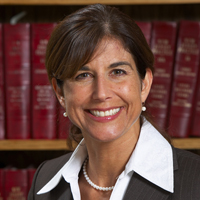 None of his possible opponents have even announced yet, but Asm. Declan O’Scanlon is continuing his all-out push for the retiring Joe Kyrillos’s Senate seat this week, announcing the backing of another Monmouth Senator.

Jennifer Beck (R-11) says she came to admire O’Scanlon when they were still running mates before the 2011 redistricting process shuffled the deck.

“Declan was my running-mate when we first ran for the Assembly together in 2005” said Beck in a statement. “I had known him for years prior, but I learned during that hard fought campaign what a tireless worker he is and saw first hand his dedication to the residents of New Jersey”

“Declan showed that he is a leader early in his stint in the Assembly, being named Assembly Republican Budget Officer before the end of his second term. He commits himself to knowing all facets of a given policy before he makes a decision. There is no legislator that has been more focused on our looming budget issues or who has proposed more comprehensive solutions” Beck continued. “Assemblyman O’Scanlon stands tall above all other candidates for the State Senate and I look forward to having Declan join me in the upper house of the legislature”.

Those candidates referenced by Beck have yet to formally get off the bench and into the fight ahead of next year’s county convention. Asm. Amy Handlin did tell Politico New Jersey that she plans to mount a run.

O’Scanlon’s most likely challenger for the nomination is his district-mate, Assemblywoman Amy Handlin.

Beck, for her part, is expected to be one of the state’s most highly-targeted legislators in next fall’s election after Democrat Super PACs successfully unseated both of her Assembly running mates in 2015.