When Trenton politicians tells us they are acting in order to make us safer, you can bet that along with their “protection” comes a demand for more of our liberty — and a cost to taxpayers. It’s just a matter of how much, Save Jerseyans.

Their latest attempt has come under the guise of a set of “suicide prevention” bills (A4179 and A4180) and will do a whole bunch of nothing to stop the mentally unstable from harming themselves.

Darin Goens, Liaison for the New Jersey state NRA-ILA, told SaveJersey.com that this legislation “represents a full assault on a broad spectrum of Second Amendment activity in the state, and it will ultimately lead to gun ranges going out of business….”

This legislation represents a full assault on a broad spectrum of Second Amendment activity in the state, and it will ultimately lead to gun ranges going out of business. Putting ranges in the business of being the FID card police will be impossible for the majority of ranges which are unstaffed, and they would simply be forced to close if this legislation were to become law. Ranges are incredibly safe and there is no reason for this bill to be introduced as it would accomplish nothing. How does asking for an ID and an FID card increase safety? In part, ranges exist to enhance proficiency with firearms, and this bill would strike a death blow to that effort as well as cripple, if not end, charity shoots, sporting clay competitions and training among other things.”

Goens echoed what we heard from World Sporting Clays Champion, shooting instructor and life-long New Jersey resident Anthony I. Matarese Jr. He and his family own M&M Hunting and Sporting Clays, located in Pennsville, NJ. It is a prominent and respected clay shooting competition location which hosts many events throughout the year with competitors who travel into New Jersey from all over the world.

Matarese believes the proposed legislation is bad all around and says that it would ultimately kill his family’s business. “The proposed bills would force M&M Hunting and Sporting Clays to go out of business and drastically impact the local economy,” Anthony told me on Thursday.

One of the most offensive aspects of this legislation is the requirement that competitors coming into NJ must obtain NJ credentials, which most do not have. Competitors – including police, military, former-police/military – would be forbidden from using their own firearms, or from using fellow competitors’ firearms.

This provision alone would effectively shut down competitions at places like M&M.

Matarese also explained that it’s not only out of state competitors who would be negatively affected. New shooters or people interested in learning gun safety would have to be turned away.

“New Jersey state residents would also be prohibited from learning the safe handling of a firearm at our range without a NJ FID card,” he explained. “Most shooters learn how to shoot first, then determine if they want to be a gun owner. These bills would prohibit someone from doing so.” 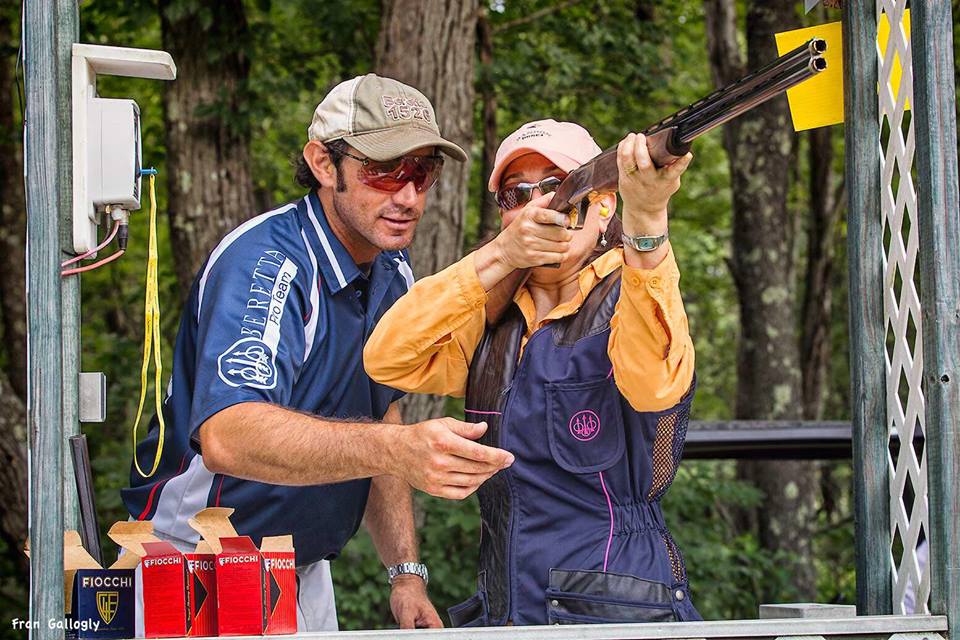 Ironically, A4179 permits certain exemptions for minors who don’t have a FID card, but provides no exemption for adults.

Not even victims of domestic violence like South Jersey’s Carol Bowen.

Consider what this would mean, for example, for a woman who does not have a FID card but wants instruction and to practice gun safety while simultaneously waiting to gain state approval. Under the proposed laws, she would be turned away.

Then of course there is the financial hit that this bill would impose on businesses, taxpayers and local residents. Family owned businesses like M&M bring substantial money into their local communities, directly and indirectly. If they were to go out of business, it would hurt the local economy.

According to Matarese, his family’s range draws in an estimated 14,000 tourists per year into the state.

“While visiting M&M many of these shooters stay for as long as one week,” Matarese estimates. “While in NJ our shooters spend millions of dollars in local businesses and stimulate the local economy of Salem County. The economic impact to our county from M&M alone could be in excess of $15 million.”

The busy bodies in Trenton enjoy pontificating on things they know nothing about which is why they have created a new problem while supposedly trying to address another. The hearings take place this Monday, December 5th, so there is not a lot of time to get the word out.

Of course, none of this is getting any press from mainstream news outlets so it’s up to us here at Save Jersey to do all we can to spread the word.

Please immediately contact all members of the Assembly Law & Public Safety Committee and the bill’s sponsor, Assemblyman Caputo via email right here to let them know you oppose this misguided, harmful legislation and ask them to oppose it.