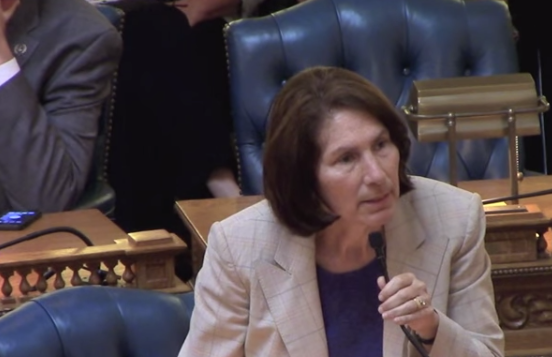 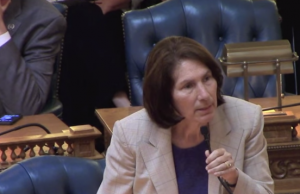 She opposed the gas tax increase.

Handlin is the sponsor of a new three bill package with a three prong approached to accomplishing the stated goal:

(3) “Limits design options, controls the cost of overhead and clarifies contactor responsibilities (A4435)”

“The TTF should be funding projects that deliver the most benefit,” Handlin said in a release. “Decisions should be guided by common sense rules and not politics. Road projects are costly, but we must do better managing our money. With cost-containment steps the TTF will accomplish its purpose without wasting taxpayer money on administrative costs and bloated contracts.”

Handlin’s package also endeavors to cap transportation spending at $2 billion per year and reduce overhead at the state Transportation Department.

At present, the veteran Monmouth legislator is engaged in what insiders consider an uphill battle against her district mate, Assemblyman Declan O’Scanlon, to replace the retiring Joe Kyrillos in the State Senate. O’Scanlon vocally supported the massive gas tax hike and has criticized Handlin and other critics for failing to present what would be, in his opinion, a credible alternative plan to replenish the Transportation Trust Fund.

Should she lose that contest? Holding onto her Assembly seat will be challenging; Middletown Mayor Gerry Scharfenberger and Freeholder Serena DiMaso have both declared their intention to run for the two Assembly seats.