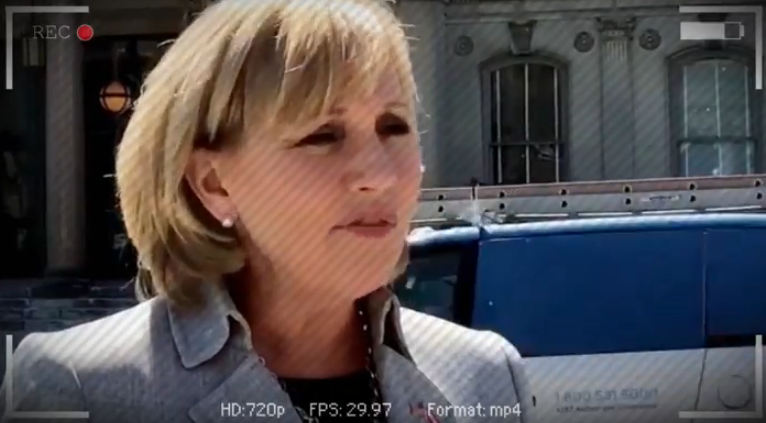 Chris Christie doesn’t get named in this latest Kim Guadagno primary campaign web ad released Thursday (which would be my only significant critique, Save Jerseyans), but the “Trenton politicians want to spend $300 mil” isn’t too ambiguous.

Guadagno’s opposition to the controversial, multi-year project has a personal component:

As first reported by Save Jersey, the Lieutenant Governor’s state department staff was forcibly relocated several blocks from their current location to make room for the Governor’s staff, a leap-frog move that duplicated moving efforts and, presumably, moving costs borne by the N.J. taxpayer.