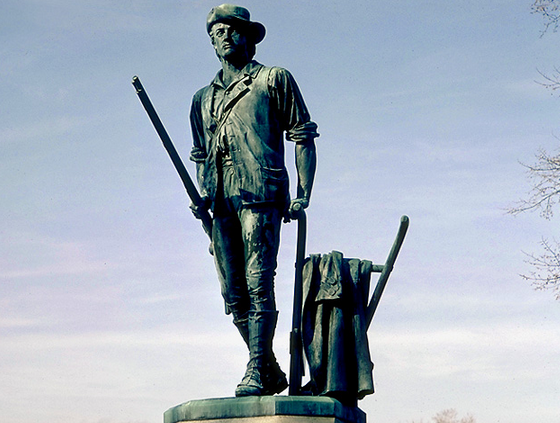 Understanding not just the right, but the DUTY to keep and bear arms

Don’t you think everyone should own and be proficient in the use of firearms? I certainly do, which is why I’ve pushed for years (see here, here and here) for mandatory gun ownership throughout the United States. Why not – let’s get off the defensive trying, too often unsuccessfully, to keep what rights we have and become aggressive taking back the ones we’ve lost plus augmenting the right to keep and bear arms with the duty to do so.

To properly respect and appreciate constitutionally protected rights, they should also be seen as responsibilities and prerequisites of good citizenship: speak out, be informed, vote, serve on a jury, gather together, respect the rights of others and… here it comes… own firearms.

But New Jersey is hell for anyone who does. Of course, this isn’t news since the state is rated third-worst in the nation after Washington, D.C. and New York when it comes to onerous gun-control regulations and attitudes. And it brings up the rear when it comes to a viable firearm manufacturing industry or economic nexus to them. One survey has the Garden state 50th in firearms-related jobs per capita, 49th in total firearms-industry output per capita and 49th in total taxes paid by firearms industry per capita.

Let’s make it clear from the get go: when it comes to gun rights, Jersey sucks.

And there isn’t much in the way of relief in sight. Sure, there are a few dink-around-the-edges efforts at easing some of the worst Draconian restrictions – Gov. Christie’s recent announcement of a modest relaxation of concealed-carry rules to include a “serious threat” modification to the impossible-to-meet “justifiable need” standard – but a bottom-line analysis says they’re more cosmetic in nature and don’t really move the Second Amendment ball forward. Even so, gun-control Democrats in Trenton are screaming bloody murder as if this opens the flood gates to mass slaughter on a wholesale basis. Ditto their lickspittle allies on the editorial board of the Star-Ledger.

Jersey gun owners are thus forced to seek relief from the federal government, which is a frightening thought in and of itself. But also to minimal avail since we’ll still be screwed no matter what happens. A measure introduced in Congress and co-sponsored by New Jersey Rep. Tom MacArthur to require all states to honor concealed-carry permits issued by any state, a policy commonly referred to as “reciprocity,” is getting some attention. But will it pass, and, even if it does, what will it mean for those of us sentenced by cruel fate to live in Jersey?

Not much since New Jersey residents are stuck with New Jersey law and can’t simply “go next door” to get a concealed-carry permit. Pennsylvania will issue one to an out-of-state resident only if one has first been issued by the person’s state of residence. Given that New Jersey is a “may-issue” state where the standards weigh heavily against an ordinary citizen qualifying for a permit, you can more or less forget about getting one here, oft times with tragic and deadly consequences as was the case with Carol Bowne who was murdered by her ex-boyfriend in 2015 after she had applied for a carry permit.

Like Bergen County blue laws and criminalizing pumping your own gas, permissive concealed-carry permits are another authoritarian Jersey Catch 22.

Of course, reciprocity will be a boon to Pennsylvania residents with concealed-carry permits like Shaneen Allen, she of the infamous witch-hunt persecution where her mistaken belief that her Pennsylvania-issued permit was valid in the Soviet of New Jersey led to her arrest and felony charges against her. Without a pardon from Gov. Christie, she’d probably be doing time in some rat-infested Garden State gulag. As it is, Jersey jackboot-types made her life hell for a long time out of sheer authoritarian and arguably racist (all gun-control efforts have their roots in racism) meanness.

So, then, how to respond? Playing gun-rights small ball won’t do it (see above). Better a Gung Ho, straight-up-the-gut assault on gun controllers and their loathing of individual rights by going radical and calling for mandatory gun ownership.

It’ll be worth it just to watch the Babe of Bergen County, Sen. Loretta “Confiscate! Confiscate! Confiscate!” Weinberg’s reaction. The woman has a seething blind hatred of firearms, their owners and every form of individual liberty and freedom, so it will serve her right to see the tables turned.

But before your heads explode, Save Jerseyans, there’s ample precedent and constitutional authority for a mandatory firearm ownership policy.

In case you didn’t already know it, if you are a male citizen or legal immigrant who has applied for citizenship between the ages of 17 to 45-years-old you are, by federal law, a member of the unorganized militia of the United States. The law, 10 U.S.C.  § 311 and commonly called – you’ll love this – the Dick Act, has been on the books since 1903 when it was enacted as part of an overall reform of state militias and the creation of the National Guard. Since that time, the U.S. has had several wars and forms of military conscription, yet it still sits there in all its statutory glory.

It wouldn’t take much in this age of age and gender equality to amend the Dick Act to include women and older Americans. In fact, let’s stretch it both ways to include all U.S. citizens and legal immigrants who have expressed an intention to become citizens between the ages of 16 to 80 years of age.

If you don’t think elderly Mamaws and Papaws can handle firearms, then read J.D. Vance’s non-fiction Hillbilly Elegy, where some real pistol-packing Social Security and Medicare recipients don’t mess around when it comes to protecting home and family with firearms. 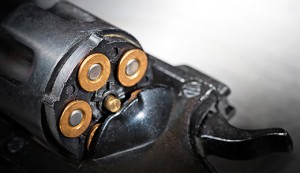 The Dick Act could further be amended to require all members of the Unorganized Militia of the United States to own and become proficient in the use of both short and long firearms at their own expense. If the government can mandate we purchase health insurance, no mention of which is made in the Constitution, then certainly it can mandate we purchase firearms, specific mention of which is made in the Constitution in an amendment devoted entirely to the right to keep and bear them.

Furthermore, let’s have it also obligate each and every one of us to be trained, again at our own expense (classes are available even now), in the tactical use of firearms and how to respond to home invasions and terrorist attacks, both of which New Jersey experiences on a too-regular basis. After all, it shouldn’t only be an off-duty police officer who is equipped and trained to fend off with a firearm a burglary attempt on his home, as happened in Manville, Somerset County a few days ago.

It’s not like the criminal class or terrorists have any trouble obtaining firearms. New Jersey has too many tragic stories of unarmed citizens gunned down by well-armed thugs or terrorist wannabes like the Christmas season 2013 brutal slaying of Dustin Friedland at the Mall at Short Hills or the 2014 murder of Brendan Tevlin by Ali Muhammad Brown, a self-professed Islamic jihadist who also gunned down two men in Seattle for the horrible crime of being gay.

(As an aside, the Brown case also offers an excellent reason why abolishing capital punishment is counterproductive to maintaining a civilized society, an argument I made here and here).

Both cases involved successful carjacking attempts with deadly consequences, but had the victims been armed, as they can be in other states, the results might have been different as they were here and here.

A few communities in the United States are already on board with mandatory firearm ownership, albeit mostly in the southeast and the west. But even they get grief for doing the right thing. Still, that jurisdictions have enacted mandatory ownership laws without them being successfully challenged – I couldn’t find a single reference to a court overturning one – says if it can be done on a town-by-town basis, it can go national as well.

Some may cry “foul,” however, at the concept of “being forced.” But at varying times in the nation’s history, we’ve had mandatory military conscription – the draft – and it has survived every court challenge brought against it. Besides, it’s disingenuous in the extreme for those who supported Obamacare’s individual mandate to complain about mandated militia service and firearm ownership, and don’t you know that’s who would most likely bitch about it.

If Sweden, every progressive’s idea of a cultural and political heaven (most don’t believe in the real thing), can consider reinstating its draft, then who can complain about a measly little mandatory militia membership and firearm ownership in the United States?

At its core, my modest proposal simply restores a key element of the founding of the United States to prominence. Every school kid is taught about the Minutemen and the role they played in securing our freedom. All I want is to restore to us the blessings of our liberty and freedom by resurrecting that spirit of service, self-sacrifice and vigilance. 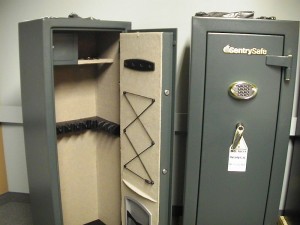 As this was being written, an Islamist terrorist in London attacked the British Parliament resulting in several deaths. In the United States, we’ve seen too many horrific terrorist attacks at Fort Hood, Chattanooga, San Bernardino, Orlando and other places, curiously all places where firearms were either forbidden or severely discouraged.

Consider: If the San Bernardino shooters had known the Christmas party they attacked was filled by armed and capable celebrants, would they have been so quick to open fire? They did, after all, seek to escape rather than martyr themselves, so their cowardice wouldn’t have allowed them to face an armed contingent adept at self-defense and prepared to engage in it.

In fact, that’s what a phalanx of Korean-American shop owners did during the 1992 riots after the Rodney King verdict in order to protect their businesses. And it’s exactly what the citizens of Northfield, MN, many of them Civil War veterans who knew a raid when they saw one, did back in 1876 when they confronted Jesse James and his gang of bank robbers.

As one news report of the time wrote, “Much to the outlaws’ surprise, the people of Northfield not only refused to cooperate with the robbery, they shot back. A lot of them shot back. With deadly accuracy.”

Wouldn’t you prefer to read something like this in a story about a criminal assault or terrorist attack rather than what was written about the Fort Hood assault? “Clad in a military uniform and firing an automatic pistol and another weapon, (the terrorist), a balding, chubby-faced man with heavy eyebrows, sprayed bullets inside a crowded medical processing center for soldiers returning from or about to be sent overseas…”

Since the cowards who engage in these attacks always select soft targets they know are incapable of defending themselves, I would argue that perhaps the attacks wouldn’t have taken place at all had it been common knowledge that in America citizens are routinely armed and prepared to defend themselves. Call it deterrence.

Either way, when the attacks or home invasions or robberies or whatever attack, the people under assault are the only true first responders. Don’t you think it would be nice if the playing field were even a bit more level and the victim had the means and knew what to do to fight back?