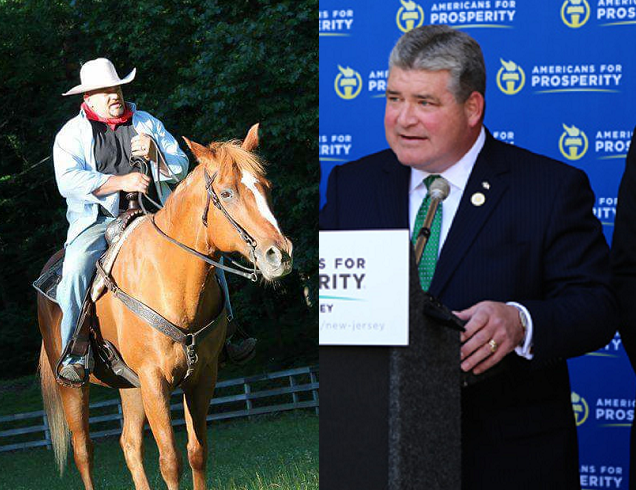 Hayden told us on Monday morning (the petition filing deadline) that he had collected more than the requisite number of signatures over the weekend.

“What I don’t have in money, I have in support from politicians who are sick of having a county party boss tell them what they can and cannot do,” Hayden explained, hinting at support from as-of-yet named county GOP officials.

The challenger attracting some “name” endorsements from regional/local elected officials wouldn’t be surprising. Oroho remains a strong incumbent with a historically conservative voting record (he’s been endorsed this cycle by NJ Right to Life) but, despite the fact that the Sussex County-dominated district is deeply red and sparsely populated, it’s been a political battlefield in recent years as Republicans battle each other over control of the party, ideological differences and personal vendettas. Most of the infighting arises from those loyal to Oroho and those who are not. In short, while Democrats don’t have a prayer come November, the political climate remains somewhat volatile heading into this year’s June ballot.

Hayden, who is a veteran of the New Jersey Department of Transportation (NJDOT), intends to challenge Oroho on his central role in crafting last fall’s historic gas tax increase. Senator Oroho’s AFP-NJ scorecard rating dipped  from a “B” grade to an “F” this year over his controversial support for the measure which, despite the 23-cent-or-higher per gallon hike, provides for billions of dollars in new debt service to finance transportation projects.

The 2017 primary cycle began with the State Senate challenge of Asw. Gail Phoebus which subsequently fizzled, paving the way for Hayden’s candidacy.

Nathan Orr (R-Branchville) and David Atwood (R-Sparta) will run for State Assembly on a joint ticket this June.

The LD24 primary mirrors another battle happening next door, in LD26, where two challengers are attempting to dethrone Republican Asw. Betty Lou DeCroce, one of whom (Morris Freeholder Hank Lyon) cites the gas tax as the reason for his challenge.