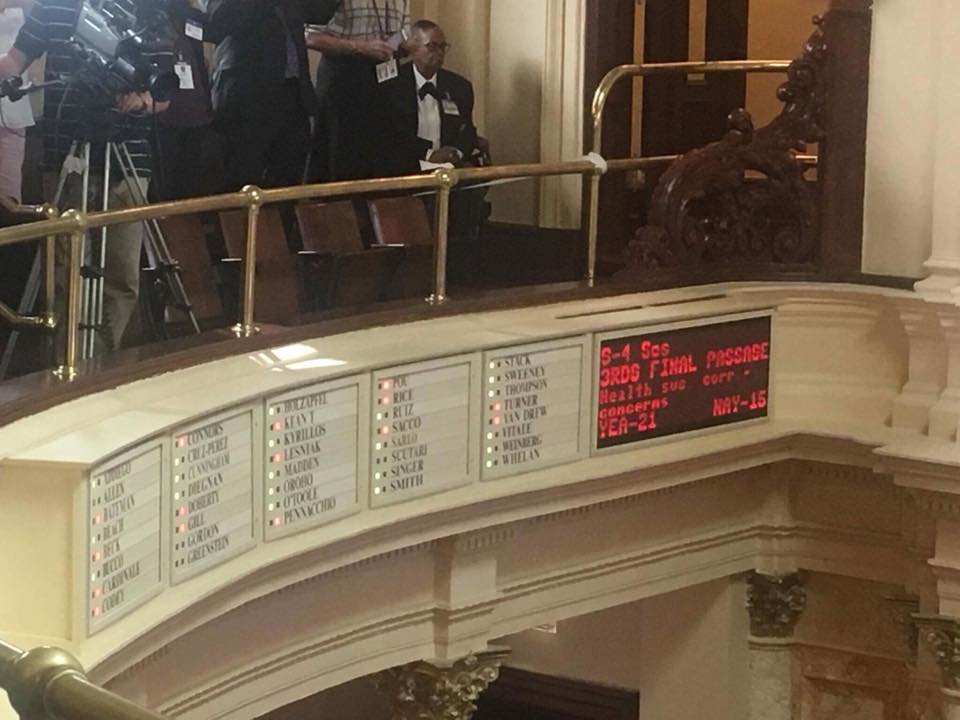 It’s hard to find someone in Trenton who doesn’t have an opinion on the #HorizonHeist bill, Save Jerseyans, but a few Democrats didn’t bother to take a position at all.

LD38 is usually one of the state’s most competitive legislative districts; the 2013 Assembly contest there was decided by only a handful of votes.

Detractors of the Horizon Blue Cross Blue Shield legislation have argued that it could lead to a significant several hundred dollar (or more) rate hike for the insurance giant’s customers, a pool of people representing roughly 38% of New Jersey’s population.

“I’ve said it before, Horizon’s surplus should go back to the ratepayers who were overcharged, not become a slush fund for Trenton politicians. Bob Gordon needed to take a stand on this. Instead, he might as well have been hiding under his desk on the senate floor and now he is probably hoping people will forget about it over July 4th weekend,” added Langschultz.

The LD14 GOP hopeful, Hamilton Councilwoman Ileana Schirmer, had choice words for state Senator Linda Greenstain for displaying the same glaring lack of courage and abstaining on the critical measure.

“She shows no leadership,” Schirmer said in her own state. “Elected officials like Linda Greenstein are too cowardly to take a stand on tough issues and subsequently problems go unsolved but her answer to that is to simply hit the tax payer’s wallet for more money.  New Jersey taxpayers are her personal ATM.”