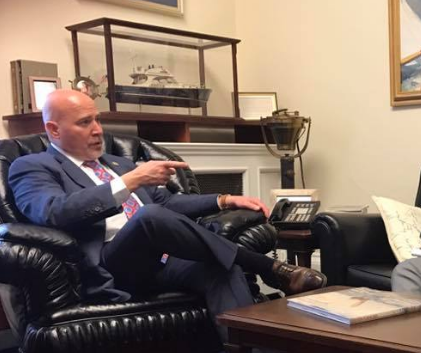 In case you missed it, Save Jerseyans, Republicans led by Mick Mulvaney are at war with the Congressional Budget Office (CBO) after the latter alleged that the American Health Care Act would eliminate health care coverage for 23 million Americans over the next 10 years.

They’re not wrong to question the CBO’s historically shoddy analysis.

Don’t forget how the CBO had previously predicted, several years ago, that we’d see 23 million people covered by Obamacare’s insurance exchanges in 2016; ultimately, less than half that amount (11 million) were enrolled as of mid 2016. The CBO fell far short on total numbers of insured, too.

Why should we have more faith THIS time around?.

One New Jersey power broker would like to know. On Thursday, Congressman Tom MacArthur (R, NJ-03), the AHCA’s most prominent congressional champion, sent a letter to the Director of the Congressional Budget Office, Keith Hall, asking pointed questions (what follows is the summary provided by MacArthur’s House office):

You can click here to read MacArthur’s full letter.