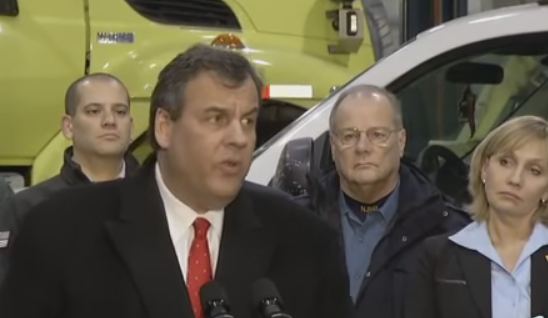 Multiple media reports suggest Kim Guadagno had nothing but nice things to say about her boss and frenemy Chris Christie. ‘Cozy’ is the word used by one of our own sources.

Apparently not cozy enough to change the troubled relationship’s dynamic.

Christie’s Thursday transportation trust fund presser? 1 hour and 10-ish minutes away in East Windsor near the capital at 11:00 a.m.

Once again, the state press corps will have to make a choice between covering the quotable governor and an important moment for his second-in-command’s campaign.

This isn’t the first time the Guv and the LG’s schedules have conspicuously conflicted. Click here for a catalog of the more egregious examples.