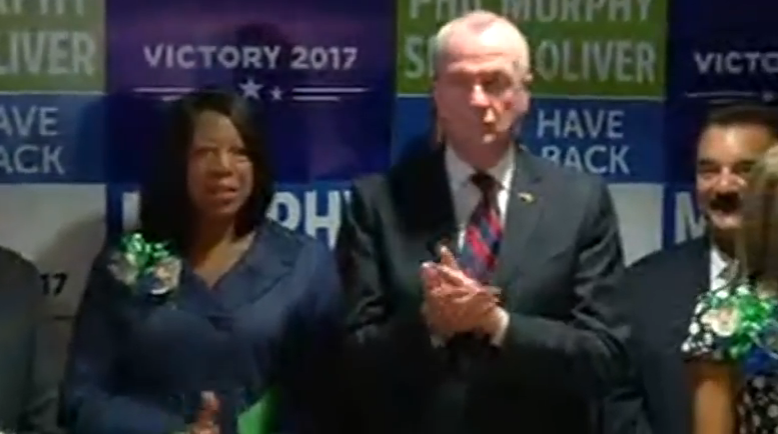 This summer’s limited public polling suggested that Kim Guadagno has a yuuuuuge hill to climb over the next couple of months, Save Jerseyans.

Whether she’s really down 9 or 27 points in the gubernatorial race with Phil Murphy (D-Goldman Sachs) is nevertheless a matter of some debate. I broke it all down for you back around the beginning of August.

What we can now say? With Labor Day weekend (the unofficial start of the fall campaign season) bearing down upon us?

Phil Murphy isn’t talking like a candidate who’s up 27 points.

Check out these unhinged tweet attacks launched over the past 24 hours: 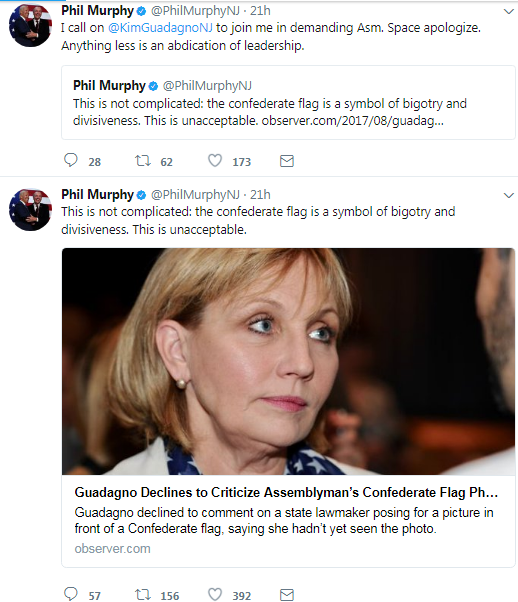 In case you missed it, Murphy is referring to this week’s #fakenews story wherein Asm. Parker Space (R-24) was accused of being a bigot for posing with a Hank Williams Jr. “Rebel” flag.

This isn’t an isolated incident. Murphy’s amped up his criticism of the LG in recent weeks.

Why go through the trouble of dragging Guadagno into the limelight? When she’s not even remotely involved with the original story? 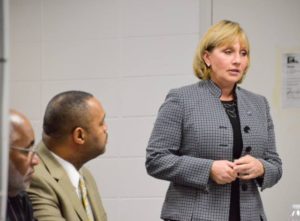 If she’s really down by 30-ish in the Murphy campaign’s internal polling, too (which, if true, two months likely isn’t enough time to catch up), you wouldn’t give her any attention. That’d be political malpractice.

You’d let her continue languishing in the darkness.

You certainly don’t give her base a reason to want to get in the game (e.g. by over-accusing her of something ugly over something objectively stupid).

I’m not going to guess a number. Trump/Christie pollster Adam Geller’s 9-point margin might be a little optimistic. But my guess is that the weaknesses concerning Murphy’s brand which Geller identified are real and Murphy’s campaign knows it.