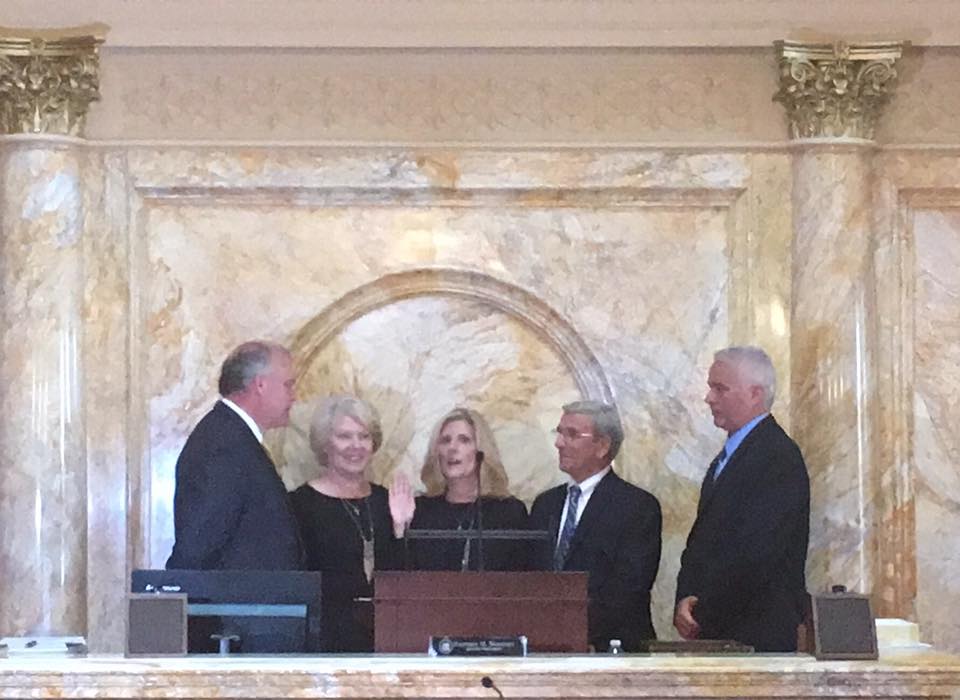 Kristin Corrado became LD40’s State Senator-elect on July 26th, Save Jerseyans, but thanks to some high-level ‘Game of Thrones’ style, only-in-New Jersey level nonsense concerning a turf war between Democrats in Passaic County and South Jersey (Max Pizarro explains it all right here), she didn’t get to join the State Senate until… today.

“I would like to thank my staff, family, friends, campaign volunteers, and all of the residents of Passaic County for this wonderful and rewarding experience, as well as all your support and kindness along the way,” the former Passaic County Clerk opined shortly after her ceremony via social media. “While today I am officially stepping down from my position, I will take the great memories and lessons learned as Clerk with me as I begin my tenure as the State Senator of the 40th District.”

Corrado is expected to win a full term on November 7th without much difficulty.

Colin Bell, the Democrat former Atlantic County freeholder who is occupying the late Jim Whelan’s seat at least until January; he’s getting a strong challenge from Republican Asm. Chris Brown.