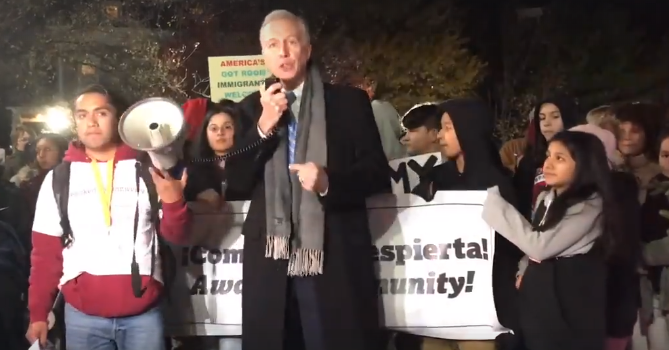 ‘We have to make sure that all of the elected official in this state know that the word Sanctuary State is a welcoming word,” declared the veteran legislator, accusing those with opposing views of perpetuating fear despite overwhelming data demonstrating a clear correlation between illegal immigration and crime.

Wisniewski’s provocative words came shortly after the acquittal of the accused murderer of 32-year old Katie Steinle by a California jury.