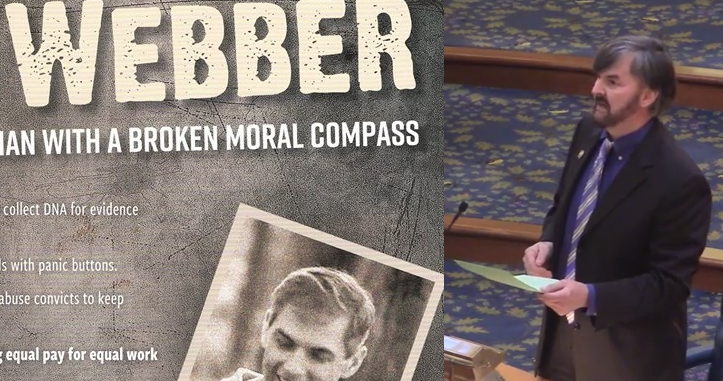 He doesn’t have the name recognition or grassroots muscle of Assemblyman Jay Webber (R-26).

He doesn’t have the establishment support or two county lines (Passaic and Essex) enjoyed by newcomer Antony Ghee, either.

DeNeufville does have cash; he’s reportedly loaned himself an upwards of $500,000 this cycle to date, and he’s spent a lot of it attacking Webber. One Webber supporter — retiring Republican Assemblyman Michael Patrick Carroll (R-25) — says DeNeufville’s latest attack mailer is a step too far: 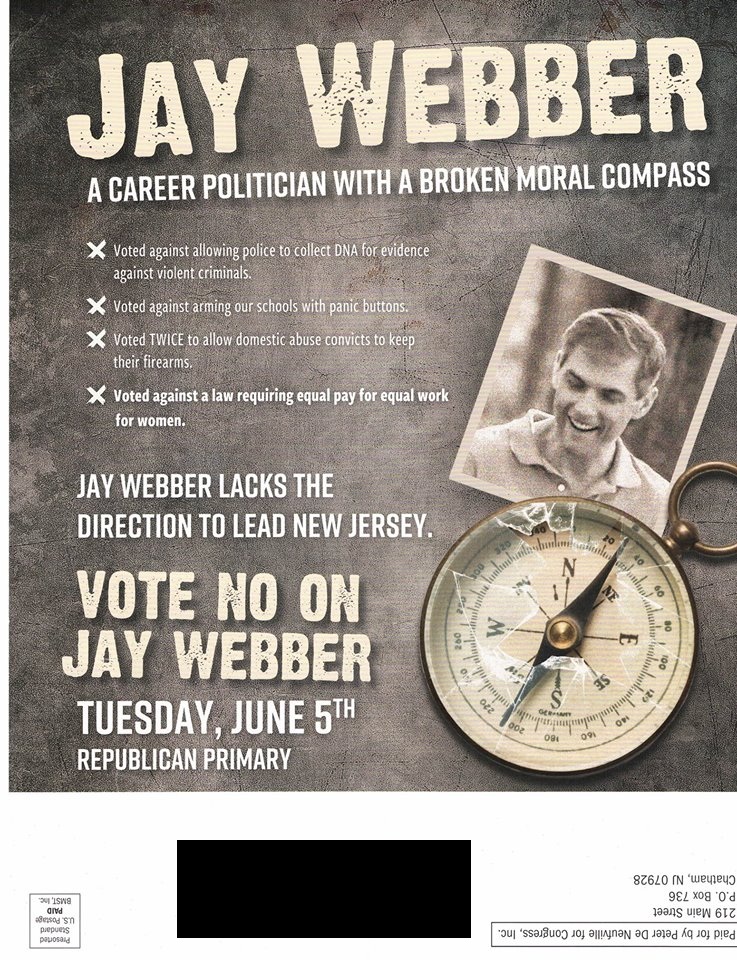 It’s fine to object to a representative’s vote on a particular bill, as long as you’re honest about the contents of the proposal.

But it is NOT OK to characterize a vote against a profoundly stupid and absurdly drafted “comparable worth” bill as “a vote against a law requiring equal pay for equal work for women”. The bill we voted on had NOTHING to do with “equal pay for equal work”, which has been the law since 1963. Although no one has a clue how the new law will actually work – it’s THAT badly drafted and THAT unclear – the goal seems to be to mandate equal outcomes by group, regardless of individual choices.

We expect the Dems to misrepresent our votes; that’s how they roll, playing to the ignorant rubes or the social justice warriors who actually believe that a “wage gap” exists, despite the conclusive evidence that it’s a fairy tale. But we expect Republicans to be more honorable. Anyone who characterizes this as an “equal pay” bill is either ignorant or lying. Any Republican, having made that outrageous charge, should immediately and humbly apologize.

Carroll and Webber were the only two Republicans in the General Assembly to oppose the deceptively titled “equal pay” legislation.

If you missed it? Go ahead and click here to read Carroll’s Save Jersey op-ed on the topic.