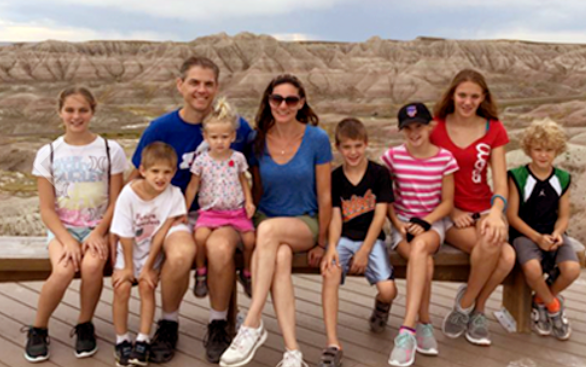 PARSIPPANY, N.J. — Presumptive 11th Congressional District Democrat nominee Mikie Sherrill fancies herself a champion of women and a heroine of the 2018 midterm cycle, but on Tuesday, one of her leading supporters tried to score political points by savaging one of her prospective Republican opponent’s minor daughters.

State Senator Nellie Pou (D-35) took direct aim at fellow legislator Jay Webber’s four daughters, declaring that his principled opposition to a deceptively-named ‘equal pay’ bill designed only to increase lawsuits against small businesses is “yet another sign of the grossly distorted worldview that Webber has deliberately tried to make a reality despite the truly cruel and vicious effect that his voting record and rhetoric has had on not just his four daughters but every woman throughout the state of New Jersey.” [Emphasis added.]

“I am a husband and a father before anything else in this world, and I am outraged at the depths that Mikie Sherrill has sunk to already.  At the mere suggestion that her association with the ethically challenged Bob Menendez is relevant and should be explained, Mikie unleashed a vitriolic and unhinged attack that uses my four daughters to take a political cheap shot.  Trying to pit daughters against their dad to score political points is reprehensible.  My wife Johanna and I demand an immediate apology.

I am proud of my record on issues important to women. I have won increased support for battered women shelters, protected our schoolchildren from sexual predators, and fought to make New Jersey a place where women can start a business and find good jobs.  And in my professional career, I’ve represented many women who suffered discrimination and retaliation in the workplace.  I’ll do more of the same in Washington, D.C., to create and expand opportunities for women and men across the nation.

Sadly, Mikie has chosen to go down the tired and worn path of the politics of personal destruction that the Democratic party has trotted out for the last decade. NJ-11 deserves better than this.  Mikie’s tactics are disgraceful and the exact type of gutter politics New Jerseyans should reject.”

The unprovoked attack on the Webber daughters elicited a rare response from the Assemblyman’s wife, Johanna, with whom the candidate is raising seven (7) children including all four girls.

“Yesterday one of Mikie Sherrill’s surrogates tried to use my four daughters to make a political attack against Jay. Ms. Sherrill’s campaign injected my 15 year old, 13 year old, 11 year old, and 3 year old right into the middle of a political debate, an absolutely disgraceful thing to do,” said Mrs. Webber. “Ms. Sherrill can say whatever she wants against Jay and me and the countless others who share our views and principles, but she crosses the line when she drags my children into it. Moreover, it’s disappointing to see such an example being set for my daughters – do we really want our girls to become women who would exploit even a toddler to score political points? From one mother to another, I ask Ms. Sherrill to apologize to my girls for allowing her campaign to drag them into the political arena, and I really must insist that it never happen again.”

Webber, a rare reliable conservative vote in Trenton, was one of only two legislators to oppose the deceptively-named ‘equal pay’ legislation which does nothing to secure or even mandate higher wages but does create a broad legal basis for lawsuits against businesses many of which are owned by female New Jersey entrepreneurs.

Sherrill has yet to denounce Pou’s attack on the Webber children.