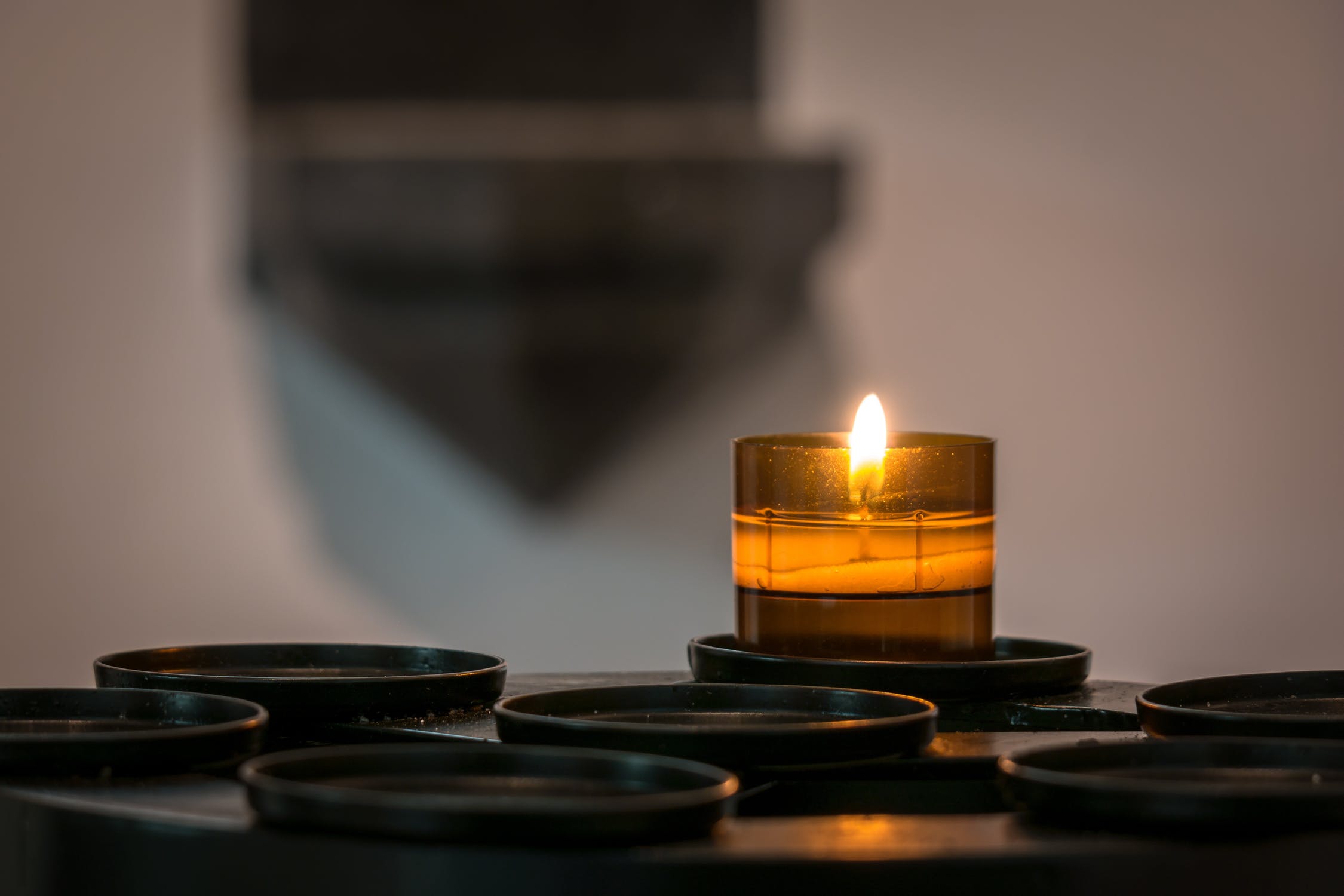 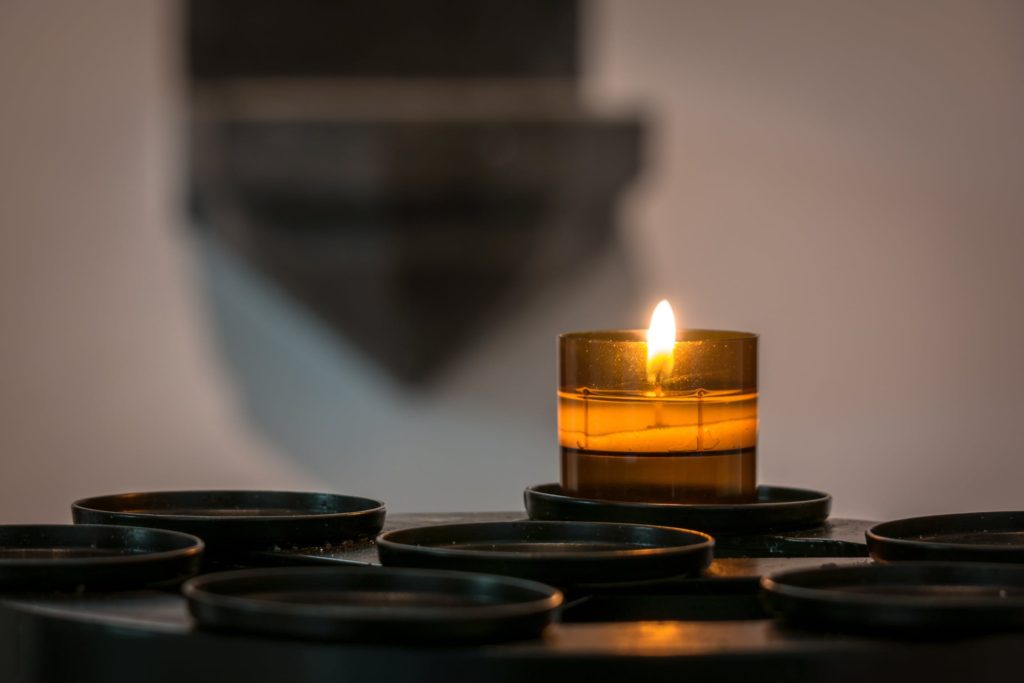 FYI, Save Jerseyans: If you’re not familiar with it, BlueWaveNJ based in Montclair, New Jersey is another far-left group which organizes to elect Democrat candidates and defeat Republican incumbents. They’re a dime a dozen these days.

Some of you may also recall that this particular group’s president played hostess for a Phil Murphy fundraiser with Chelsea Handler.

So while BlueWaveNJ’s goals are predictably far-left, one recent BlueWaveNJ event might raise a few eyebrows.

A Save Jersey reader recently received (via e-mail) and then shared the following:

Join us for an evening gathering of pizza and organizing to Flip the House and defeat the Trump agenda!

Sign up to volunteer and Together We Can Turn the Tide

Here’s a tweet presumably from the event (because the date/times match up, and anyone who’s ever been in a church before can recognize the distinct decor):

Our election night launch event is about to begin. Hundreds of people have already signed up to join our 2018 election efforts.

The (also) Montclair-based First Congregational Church (FCC)’s website doesn’t attempt to hide a strong left-leaning orientation. They hosted an NAACP discussion last weekt. Very social justice-y. And that’s 100% their prerogative to do so!

What’s more, according to First Congregational’s presumed parent organization’s website (linked at the bottom of Montclair branch’s page), “the United Church of Christ is a federally recognized, tax exempt organization pursuant to section 501(c)(3) of the Internal Revenue Code. Our tax ID number is 34-1927041.” FCC says it’s “an Open and Affirming Congregation of” the United Church of Christ.

Okay. Some things to consider…

This is from the IRS: “Currently, the law prohibits political campaign activity by charities and churches by defining a 501(c)(3) organization as one ‘which does not participate in, or intervene in (including the publishing or distributing of statements), any political campaign on behalf of (or in opposition to) any candidate for public office.’”

If all candidates from all parties are invited to discuss the importance of voting? Or to participate in a forum? That’s one thing. Non-partisan election participation is generally acceptable. To not allow such engagement would be a First Amendment violation.

Issue advocacy and lobbying are generally okay, too; for example, much to the chagrin of many parishioners (myself included), New Jersey’s Catholic churches recently went to bat for federal immigration amnesty. On the flip side? Many Christian churches regularly rail against the evil of abortion from the pulpit. 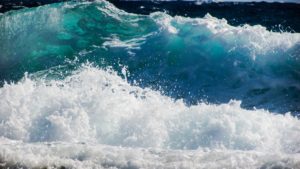 But if only one political party’s candidates are invited to a church to, for example, solicit in-kind donations? Receive an endorsement? Or the church distributes materials openly endorsing one party or one candidate to the congregation? Or to “flip the House” or oppose the President, not a a specific policy but generally, in the electoral context?

Those activities are all quite possibly no-nos per the Johnson Amendment which, ironically, the GOP recently tried to repeal, and President Trump issued a largely symbolic executive order to push back against, presumably to even the score by allowing conservative churches to enter the political fray. It’s not secret that Democrats have longed enjoyed special access to many urban congregations in flagrant violation of IRS regulation.

We don’t know much about this BlueWaveNJ event beyond what the invite says.

We do know BlueWaveNJ openly engages in political, electoral activity in support  of Democrat candidates and in opposition to Republican candidates as evidenced not just by the invite’s language (flipping the House) but also their past publicly-announced activities for candidates including Phil Murphy and Sheila Oliver.

My follow up questions for this particular event’s organizers:

What’s the relationship, if any, between these two Montclair-based institutions?

What’s the relationship between FCC and the United Church of Christ?

Is there a common, current board member between BlueWaveNJ and the church?

Did the church invite BlueWaveNJ?

Did BlueWaveNJ solicit the church?

Which campaigns had representation at the event in question?

Did BlueWaveNJ pay for or rent the facility used for the event?

Is the facility offered to the public for rental?

My questions tweeted directly to BlueWaveNJ last Thursday morning haven’t elicited a response as of this writing:

Q for @BlueWave_NJ… if this event was held at a church (website says you have one at a church in Montclair on 5/30), then who invited whom? And was the space paid for? Does the church have tax exempt status? https://t.co/nNRQW4QjEn

I went ahead and e-mailed the church, too, and Rena Majeed (the church administrator) was kind enough carbon copy the property manager in her response to me; he’s apparently the one with the answers. I followed up on Friday to see if he could/would shed any light on the situation. We’ll let you know if he responds.

It’s also worth noting that only one church in history has ever lost its tax free status (back in 1992); all the same, Save Jerseyans, in this era of nearly endless 24/7/365 political activity and increasingly aggressive tactics from third party groups like BlueWaveNJ, concerned citizens of our Republic deserve answers whenever organized religion and partisan politics come into close proximity. The stakes are too high to not ask serious questions.

In fact, I’m willing to bet MOST of our liberal readers would agree with this point wholeheartedly!